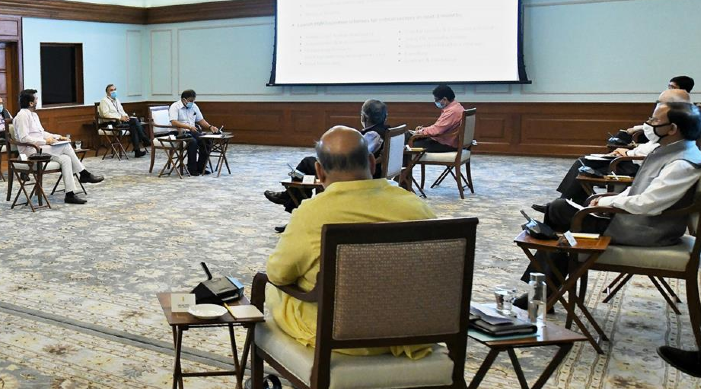 Prime Minister Narendra Modi on Thursday urged his top ministers to accelerate reform measures and remove hurdles in a time-bound manner to boost investment and fuel growth, even as the country prepares to power up its economic engines at the end of a 40-day nationwide lockdown

A high-level meeting chaired by Modi discussed strategies to attract more foreign investments and encourage local investments to revive the economy, a statement from the Prime Minister’s Office said.

The meeting, which comes against the backdrop of an economy ravaged by the covid-19 pandemic, was attended by finance minister Nirmala Sitharaman, home minister Amit Shah, commerce and industry minister Piyush Goyal and minister of state for finance Anurag Thakur, besides top ministry officials.

“It was also discussed that the reform initiatives undertaken by the various ministries should continue unabated and action should be taken in a time-bound manner to remove any obstacles which impede promotion of investment and industrial growth," the statement said.

The home ministry on Wednesday said it will soon announce guidelines for a staggered exit from the lockdown starting 4 May, setting the stage for a revival in economic activity that came to a halt in March.

“The prime minister emphasized on faster ease of doing business reforms both at the centre and state level. This was the first such meeting and more meetings are expected with other ministries in coming days," a government official aware of the deliberations said on condition of anonymity.

Though India’s rank vaulted 14 rungs to 63rd among 190 countries in the World Bank ease of doing business ranking last year, it remains a laggard on parameters such as enforcing contracts (163rd) and registering property (154th).

Crisil Ltd chief economist D.K. Joshi said from a medium to long-term perspective, easy availability of land, labour flexibility and world-class logistics are necessary components for encouraging production and exports. “It’s once-in-a-lifetime opportunity where the push factor is favouring us because there will be companies moving out of China and they will be looking for diversification.

This is the time to increase our pull factor to get a larger chunk of that pie. You have to make the environment conducive for the foreign investor in terms of better infrastructure support and better policies so that we get some edge over other countries,” he added.

The parliamentary standing committee for labour last week supported the idea of allowing companies with up to 300 workers to fire people or shut units without prior approval of the government—a threefold increase from the current threshold—laying the foundation for second-generation labour reforms.

“Detailed discussions were held on guiding states to evolve strategies and be more proactive in attracting investments,” the statement added.