India is active in global efforts to develop remedies for Covid-19: PM Modi 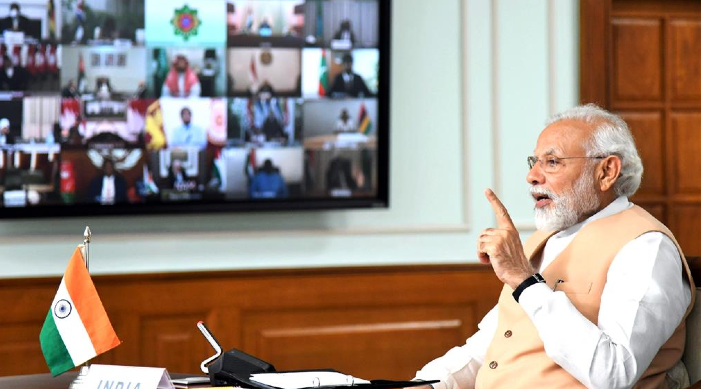 India has supplied medicines and other medical supplies to over 123 countries, including 59 members of Non-Aligned Movement (NAM), Prime Minister Narendra Modi said on Monday while participating in the NAM summit via video conference.

“India accounts for one-sixth of humanity. We are a developing country and a free society. During this crisis, we have shown how democracy, discipline and decisiveness can come together to create a genuine people’s movement,” the Prime Minister said.

“India’s civilization sees the whole world as one family. As we care for our own citizens, we are also extending help to other countries. To counter COVID-19, we have promoted coordination in our immediate neighbourhood. And, we are organising online training to share India’s medical expertise with many others. India is regarded as a pharmacy of the world, especially for affordable medicines,” Prime Minister Modi said.

He further said India is active in global efforts to develop remedies and vaccines.

Attacking Pakistan without taking its name, he said: “ Even as the world fights COVID-19, some people are busy spreading other deadly viruses such as terrorism, fake news, and doctored videos to divide communities and countries,” But he added “ today, I want to focus only on the positives.”

He said Covid 19 has shown “us the limitations of the existing international system. In the post-COVID world, we need a new template of globalization, based on fairness, equality, and humanity.We need international institutions that are more representative of today’s world. We need to promote human welfare, and not focus on economic growth alone. India has long championed such initiatives,” he added.

Many countries organise military drills. But India has taken the initiative to organise disaster management drills in our region and beyond.

“We should develop a platform for all NAM countries, to pool our experiences, best practices, crisis-management protocols, research, and resources,” the Prime Minister said.