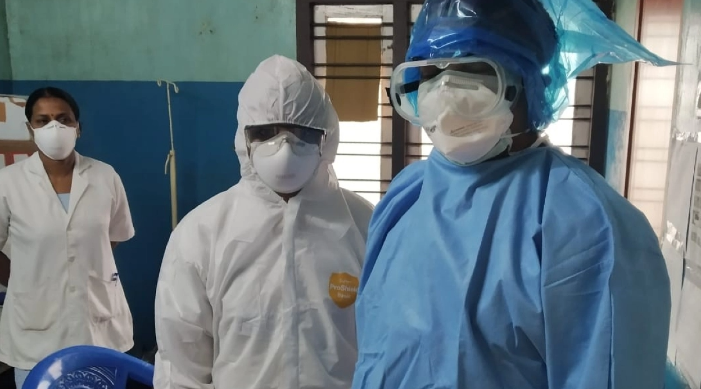 India has emerged as the world’s second largest manufacturer of personal protective equipments (PPE) in just two months amid a concerted push to ramp up production to ensure self sufficiency in this critical domain, India Today has reported.

As per the report, India was a PPE importer in February and had no local manufacturing capability when the full extent of the Coronavirus threat began to emerge. Owing to a global supply crisis India only managed to import around 52,000 kits which were fit for medical use.

As a result a joint effort by various Ministries like the Ministry of Textile ensued which involved roping in the country’s private manufacturers.

Some of India’s top textile manufacturers like Arvind Mills, 3M, Indian Technical Textile Association (ITTA) and others were involved in the process which involved rigorous quality testing by DRDO labs.

As a result India is now the second largest manufacturer of PPE suits in the world which has also included developing the world’s first reusable PPE suit.

India is currently manufacturing an average of 1.7 lakh PPE kits per day and seeks to ramp up the production to the 2 lakh figure.

The country now seeks to become an exporter of PPE kits as soon as the domestic demand is met. So far 80 lakh Made-in-India PPE suits have been delivered to medical professionals and 1.5 crore more are on the way.