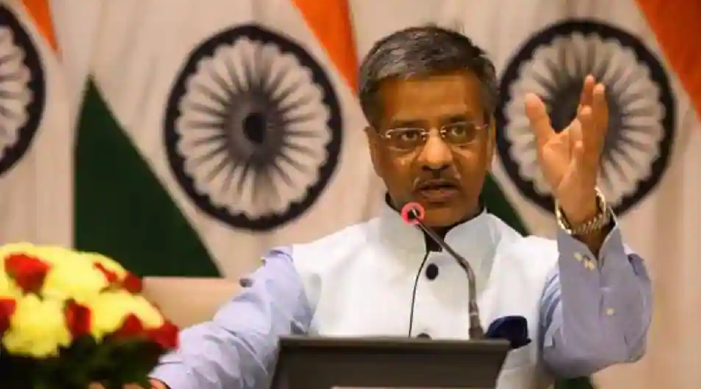 Gopal Baglay, who has served as spokesperson of the external affairs ministry, was named the next high commissioner to Colombo in February

India’s high commissioner-designate to Sri Lanka, Gopal Baglay, who was unable to join his post for more than two months because of Covid-19-related restrictions, flew to Colombo on Friday in an air force transport aircraft that ferried 12.5 tonnes of medical supplies.

Baglay, who has served as spokesperson of the external affairs ministry and whose last stint was in the Prime Minister’s Office, was named the next high commissioner to Colombo in February.

On Friday, Baglay hopped on to an Il-76 transport aircraft of the Indian Air Force that transported 12.5 tonnes of essential medicines and medical items as a special friendly gesture from the Indian government during the auspicious Vesak week.

This was the fourth consignment of medical supplies sent by India to Sri Lanka in recent weeks, underscoring Prime Minister Narendra Modi’s vision of jointly fighting the Covid-19 pandemic that he had outlined during his video conference with leaders of the South Asian Association for Regional Cooperation (Saarc) states on March 15.

Soon after landing in Colombo, Baglay conveyed the greetings of the Indian people on the occasion of Vesak. He said the mission entrusted to him “highlights the very high significance of steadfast friendship, solidarity and cooperation between India and Sri Lanka, two of the closest maritime neighbours in South Asia and the Indian Ocean region”, according to a statement from the Indian high commission.

Baglay reiterated India’s commitment to share its resources with friends and partners at a time when many countries are facing a scarcity of medical products due to the Covid-19 pandemic and supply chain disruptions. He later assumed his duties while observing health protocols.


In a separate development, India said on Friday it is dispatching packages of medicines, including hydroxychloroquine, paracetamol and other drugs, to more than 25 countries in Africa to fight Covid-19.

“This is in keeping with India’s traditionally strong bonds of friendship and solidarity with Africa, which has reached new heights in the last few years,” the external affairs ministry said in a statement.

Prime Minister Modi had a telephone conversation with South African President Cyril Ramaphosa, who is the current chairperson of the African Union, on April 17 and conveyed India’s full support for the joint African effort against the Coronavirus. Modi also spoke with Ugandan President Yoweri Kaguta Museveni on April 9 and Ethiopian Prime Minister Abiy Ahmed on May 6.


During April, external affairs minister S Jaishankar spoke to his counterparts in several African countries to reiterate India’s solidarity in the fight against Covid-19 and offered them all assistance.