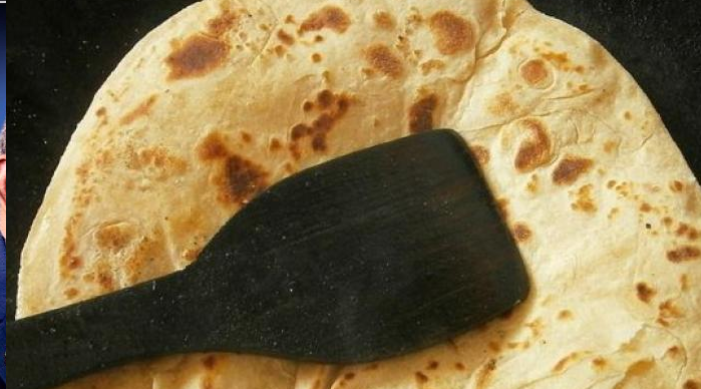 Nearly 20,000 women from the city of Surat, Gujarat are building a ‘roti bank’

An initiative that involves women from the residential community of Surat, India, cooking five extra rotis each has become a massive lifeline for migrant workers who are suffering amidst the COVID-19 lockdown in the country.

The poor in India have had to face even worse circumstances as the coronavirus pandemic hit, but initiatives like a “roti revolution”, providing over 150,000 flat breads to the needy per day, have become their only hope.

According to Indian English-language daily, The Times of India, nearly 20,000 women from the city of Surat, Gujarat are building a ‘roti bank’. The initiative was started by NGO, Surat Manav Seva Sangh ‘Chhanyado’.

How does it work?
Women from across the city cook rotis or flat bread that are collected and added to the massive food reserve by the organisation.

Chhanydo is also running a community kitchen in the city, where about 16 women exclusively make vegetable curry and chilly pickle and that the rotis collected from the households are packed along with it.

The food packets are distributed to about 35,000 people in different parts of the city, Indian media reports stated.

“The most tedious job is to cook rotis and we do not have enough staff to prepare in the required quantity. So, I posted a video appealing women to donate five rotis each. The video went viral on the social media platforms and we started receiving overwhelming response from the housing societies,” Bharat Shah, president of Chhanyado NGO was quoted as saying.

Shah added, “Every day our volunteers from different areas bring 1.15 lakh rotis at our community kitchen. We prepare the food packets each consisting five rotis, sabji [vegetables] and chili pickle. Majority of the packets are distributed among the migrant population in the industrial areas including Varachhha, Pandesara, Udhna. Also, we are sending the food packets in the villages of Olpaad.”

Indian journalist Barkha Dutt, @BDUTT, posted about the initiative on her Twitter account: “I have become a chronicler of grief and despair in 54 days - On the Road with the Pandemic. But I also grab hope with two hands. In Surat, a Roti Bank community initiative. Homes making 5 extra rotis than normal to feed migrant workers. I meet the women doing this…”

In the video report, Barkha speaks to a woman contributing to the movement. The woman tells her that in her particular housing community, all the women make rotis and send it to one home where a representative from the NGO collects it.

The initiative is allowing women who are unable to move out of their houses during the lockdown to contribute.