Call of duty takes nurses from Kerala to West Asia 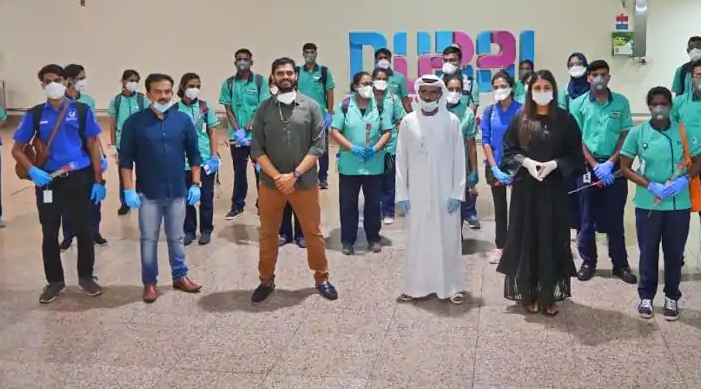 There is a great demand for trained nurses these days, especially from the Gulf, said a senior government official

Suja Verghese, a nurse working in Saudi Arabia for the last 10 years, had come home to Kottayam on a five-month leave in March to complete a list of pending work. But it was not to be.

The hospital called requesting her to join work immediately. And on Saturday, she was among 239 medics who took a special flight to Saudi Arabia from Cochin.

Many Gulf countries who are desperate have cancelled leaves of medical workers and some of experienced who had left their jobs were called back.

“It is fact the nurses from Kerala are most sought after all over the world. Like Prime Minister Modi said we should convert crises into opportunities. There is a great demand for trained nurses these days, especially from the Gulf. If they are willing the country should allow them to go,” said a senior government official involved in facilitating the return of medical workers.

“This initiative reflects the relationship between India and the Middle East countries and their commitment to support each other in time of crisis. It is our duty to provide best medical professionals during the Covid crisis,” said Dr. Azad Moopen, managing director of Aster DM Healthcare that sent 60 of their trained nurses to the UAE last week.

According to the Nurses Council of India among 20 lakh registered nurses at least 15 lakh are from Kerala. “At least two lakh of our nurses are abroad. Other than the Gulf, they are also in the US, Europe, Australia and other countries. Nurses from Kerala are most sought after. It is one of the least paid jobs in the country which is why so many leave for greener pastures,” said United Nurses Association general secretary Sujanapal Achuththan. Besides being service-oriented, nurses from Kerala like to take challenges head on, he said.

“In health and hospitality the state has a glorious history. Nurses are ready to go to any place if service calls. In 2014 the country had saved 46 nurses from the Islamic State-held areas in Iraq. It was only then that people realised that Kerala’s nurses were serving in hostile areas also,” he said.

Nurses may be frontline warriors in the fight against Covid-19 but they say their cries are often not heard. Like the case of nurses in Israel. At least 82 stranded nurses in Israel, some of them in advanced stage of pregnancy, are set to fly back next week after their plight came to light during a phone-in programme conducted by a Malayalam news channel Asianet. Some of them had broken down during the programme.

“Service is in our blood. Kerala’s social background has helped us to imbibe true spirit. Monetary part apart, we love to take challenges and duty comes first to us. If the Gulf needs more health workers we should despatch the willing ones,” said Marina Jose, one of the nurses who was evacuated from war-torn Iraq.