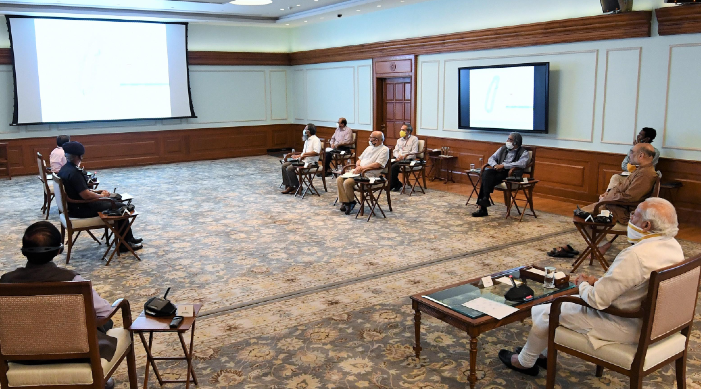 As super Cyclone Amphan is likely hit Bengal on Wednesday, the Centre wants to ensure that nothing is left to chances

Prime Minister Narendra Modi on Monday chaired a high-level meeting today to review the response measures against cyclone ‘Amphan’ developing in the Bay of Bengal.

According to a statement issued by the Prime Minister’s Office, the Prime Minister took full stock of the situation and reviewed the response preparedness as well as the evacuation plan presented by the National Disaster Response Force (NDRF).

During the presentation of the response plan, DG NDRF informed that 25 NDRF teams have been deployed on the ground while 12 others are ready in reserve, 24 other NDRF teams are also on standby in different parts of the country.

According to the Indian Meteorological Department, Cyclone Amphan has now intensified into a super cyclonic storm and is likely to move across the northeast Bay of Bengal, and cross the West Bengal and Bangladesh coasts between Digha and the Hatia Island.

It is likely to make landfall on Wednesday and could ravage east Medinipur, south and north 24 Parganas, Howrah, Hooghly and Kolkata districts in West Bengal.