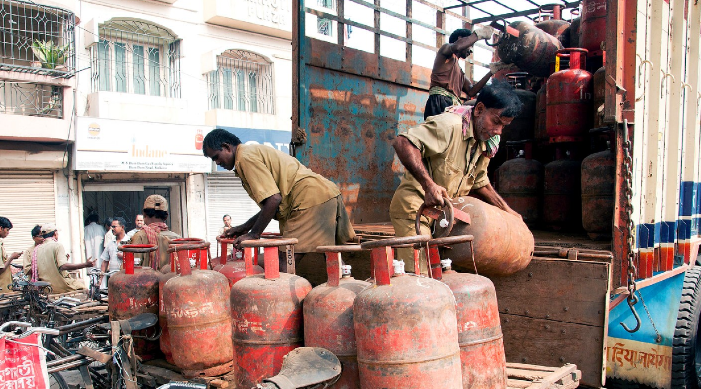 Nearly 6.8 crore free LPG cylinders have been distributed as part of the pro-poor “Pradhan Mantri Garib Kalyan Package” (PMGKP) since April 1. The scheme is part of the central government’s mega economic package in response to Covid-19.

The Ministry of Petroleum and Natural Gas is providing LPG cylinders free of cost to over 8 crore beneficiaries of the Pradhan Mantri Ujjawala Yojana (PMUY) for 3 months from April 1 onwards.

Releasing figures for the period till May 20, the ministry on Thursday said the Oil Marketing Companies (OMCs) had delivered a total 679.92 cylinders to PMUY beneficiaries under the package till May 20. About 453.02 lakh of these cylinders were supplied during the month of April.

Explaining how the scheme works, an official statement said that beneficiaries were given funds in advance through Direct Benefit Transfer (DBT) in their accounts, so that there was no difficulty in availing this facility.

The Corona Warriors or the personnel working in the supply chain of LPG cylinder delivery had not only ensured the timely supply of cylinders, but also created awareness amongst the beneficiaries about hygiene and other health guidelines, the official statement said.

Union Minister of Petroleum and Natural Gas & Steel Dharmendra Pradhan had earlier said that over Rs 8,432crore was transferred in advance through Direct Benefit Transfer (DBT) in the accounts of the beneficiaries so that there was no difficulty in availing of this facility.

Interacting with over 1500 PMUY beneficiaries, gas distributors and officials across the country through a webinar on May 16, Pradhan had praised the OMCs for maintaining the production, import and distribution of LPG cylinders during the Covid-19 crisis despite the increased demand.