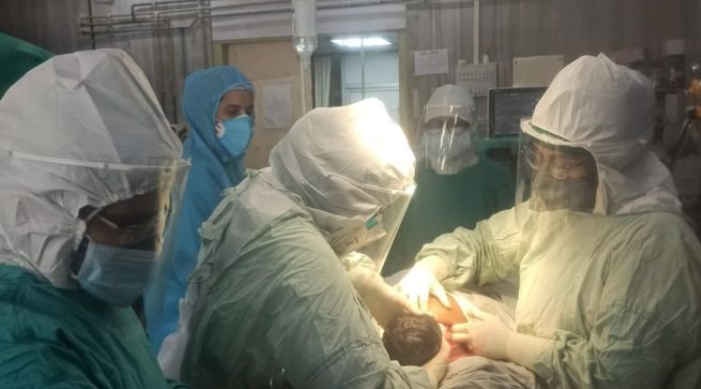 Three of the 115 babies born to infected mothers at the Lokmanya Tilak Municipal General Hospital in the past month initially tested positive for Covid-19, but subsequent tests cleared them, doctors said.

Two other infected pregnant women died at the hospital, including one who died before her baby was born.

With nearly 24,000 reported infections and more than 840 deaths so far, India's financial and entertainment capital has become the epicentre of Covid-19.

More than half of the babies born to infected women at the hospital - also called Sion Hospital - were delivered through C-section, while the rest were natural births, officials said. Fifty-six of them were boys, while 59 were girls. Twenty-two of these infected mothers were referred to from other hospitals: it is not clear whether the majority of these women contracted the infection at home, outdoors or in a hospital ward.

A team of 65 doctors and two dozen nurses have been treating these Covid-infected mothers in a 40-bed special ward. With the surge of infections, the hospital is planning to add another 34 beds for infected pregnant patients.

The deliveries are happening on half a dozen tables in three operation theatres where doctors, and nurses and anaesthetists are using protective gear.

"We are fortunate that most of the women who have tested positive are showing no symptoms at all. Some of them had fever and reported breathlessness. We have treated them and sent them home after delivery," Dr Arun Nayak, head of gynaecology at the hospital, said. 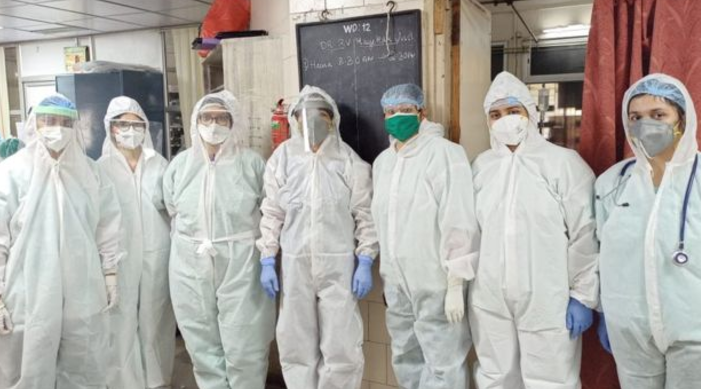 "There is a lot of anxiety among the mothers. They keep telling us they might die but we have to make sure that the child is healthy."

After giving birth, the mothers remain in the special ward for Covid-19 patients for a week and are administered hydroxychloroquine. After that they are quarantined up to 10 days in a separate centre. The babies are not isolated and are breastfed by mothers wearing facemasks.

In February, a Chinese newborn was diagnosed with the new coronavirus just 30 hours after birth in Wuhan, the epicentre of the virus.

Mother to child transmission of the virus - in the womb or at the time of delivery, prior to contact of the infant with the mother's respiratory secretions - is rare, Dr Adam Ratner, the director of paediatric infectious diseases at New York University School of Medicine and Hassenfeld Children's Hospital at NYU Langone Health, told me.

This is, of course, with a caveat, he says, that "this is a rapidly changing situation and new data may arise".

Dr Ratner says there is some emerging data that suggests that the novel coronavirus can be detected in placental tissues.

There have also been reports of babies dying in the foetus in pregnant women with acute infection, he said, "but that may be for reasons other than direct infection of the foetus". 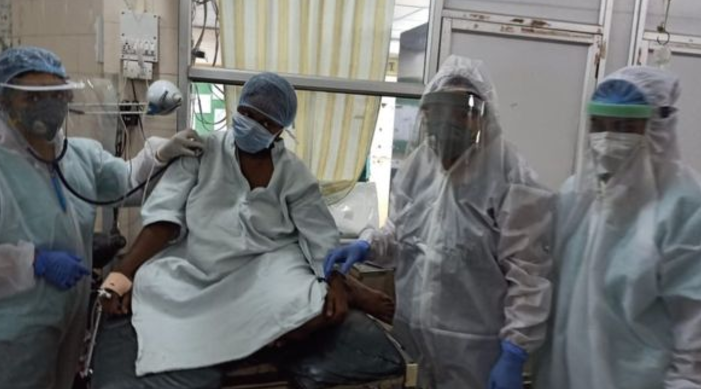 Dr Ratner said there has also been a report of "antibody responses" in newborns that could be "consistent with infection in the womb or at delivery". That would mean that the baby could have been infected in the womb.

"It is very important to continue to examine these questions and look at the outcomes of infants born to mothers with Covid-19, even if they are not infected in the womb," Dr Ratner said.

Dr Ratner said he had helped care for a number of infants born of infected mothers at his hospital.

"We have allowed feeding of expressed breast milk and we are trying to find arrangements to protect the infant from acquiring the virus in early life.

"The very young children that I have seen with the infection have generally done well," he said.

At the Mumbai hospital, the number of infants born to Covid-19 positive mothers have been a little more than 20% of the total babies born in the same period.

"The one time we felt really upset when a 28-year-old infected mother passed away last week after delivering a healthy boy. Her liver was failing and she was sinking fast," Dr Nayak told me.

"He realised how helpless we were during treatment. She kept asking, helplessly, 'Can anything be done?'"