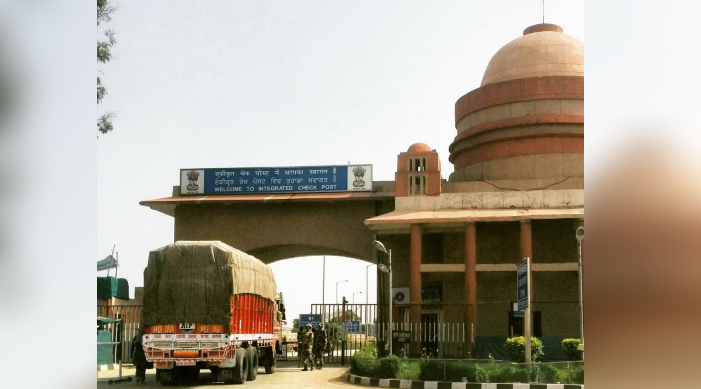 India and Afghanistan had been doing more than Rs 1,000 crore worth of trade every year through Integrated Check Post

The trade between India and Afghanistan through Attari-Wagah border, 28 km from Amritsar, is expected to be resumed after Eid-ul-Fitr holidays (from May 25 to 27) in Pakistan.

“We have already got a letter from the Centre, instructing us to be prepared as the trade between the two countries will be started soon,” said a senior customs official, who didn’t wish to be named.

The central government had suspended cross-border trade through the Attari integrated check-post (ICP), which facilitates India’s trade with Pakistan and Afghanistan, on March 13 as a precautionary measure amid the coronavirus pandemic.

“We are expecting that the trade with Afghanistan will be resumed from May 28. We recently got information that two trucks of dried fruits, imported from Afghanistan, will come today at Wagah side in Pakistan.

These trucks’ entry into India will be allowed only after we get official information from the Centre about the opening of the trade,” said a senior official of Land Port Authority of India (LPAI).

Amritsar customs commissioner Dipak Kumar Gupta said, “Our team at the ICP is prepared. The trade can resume after Eid as there are holidays in Pakistan till May 27, and nobody is working at Wagah side. Till now, we have no official information when exactly the border is opening.”

On May 17, the Pakistan government had opened its borders with Afghanistan at Torkham and Chaman posts, six days per week. The importers in Amritsar are also hopeful of resumption of trade with Afghanistan soon.

“We are hopeful that the trade with Afghanistan will be resumed from May 28. Some Indian importers have already placed their orders with various firms in Afghanistan for dry fruit, herbs, jeera and mulethi,” said Federation of Karyana and Dry Fruit Association president Anil Mehra.

“Pakistan’s Prime Minister Imran Khan should also think about the opening of trade with India through the ICP. It will boost the economy of both the countries,” said Mehra.

In the wake of the Pulwama attack in February 2019, the Indian government had revoked the Most Favoured Nation (MFN) status given to Pakistan and raised customs duty on every item being imported from Pakistan to 200 percent.

Also, Pakistani had shut trade with India after India abrogated Article 370 that granted special status to the erstwhile state of Jammu and Kashmir.