China’s action on LAC may be a warning to India to avoid action against Chinese interests: Shyam Saran 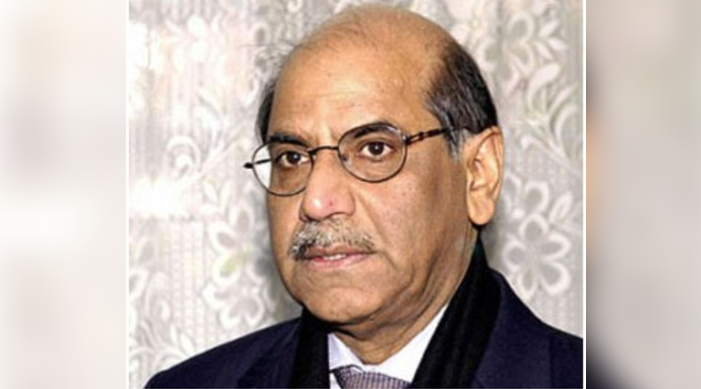 As a senior fellow at the Centre for Policy Research, Saran tells Himanshi Dhawan that China’s recent muscle-flexing is a bid to expand its territorial claims in the region, and a warning to avoid action against its economic interests.

Q)What is the sudden provocation for the latest faceoff between India and China along the Line of Actual Control (LAC)? There have been two incidents – in Ladakh and in Sikkim.

The incidents at Naku La on the Sikkim-Tibet border and the other on Pangong Lake in Ladakh are not unusual. They often erupt when patrols of the two sides encounter each other in zones where there is a difference in perception regarding the alignment of LAC. These usually get resolved in accordance with well laid down SOPs observed by both sides.

The frequency of such incidents has been increasing because significant improvements in border infrastructure on both sides have enabled more regular patrolling of hitherto remote areas. The subsequent incident in the Galwan river area in Ladakh is more worrying because our forces have been active in this area, including in undertaking road building, without Chinese objection in the past.

Reacting to such activity on our side of the LAC with a build-up of forces and, in effect, expanding its territorial claim, is escalatory behaviour. These actions may be in the nature of a warning to India not to join the US-led chorus of condemnation of China’s handling of the Covid-19 virus, refrain from supporting the restoration of observer status to Taiwan in WHO and avoid taking actions against Chinese economic interests such as the recent closing of the automatic route for Chinese investment in India.

Q)PM Modi and Chinese President Xi Jinping had agreed to keep the LAC peaceful after Doklam. Do you think that the latest incidents have shown that Wuhan and Mahabalipuram summits were a failure?

It would be premature to make such a judgment. The confidence building measures agreed upon between the two leaders at their summits are operational. Military personnel of the two sides have been holding flag meetings to prevent escalation. One hopes that this continues to be the case. While such incidents do take place from time to time, the India-China border has generally remained peaceful over the past several decades.

Q)Is India's infrastructure building a key provocation? How crucial is the road project that goes up to Daulat Beg Oldie (DBG)?
China would prefer that the glaring asymmetry between the quality of infrastructure on the Indian and Chinese sides is not bridged by India since that reduces China’s dominance of the disputed border. While the asymmetry is still quite significant, India has been making steady improvements through road building in high altitude locations, setting up of new air bases such as at Nyoma in Ladakh and Tezpur in Assam. The quality of our high altitude posts has also been upgraded. The Demchok to DBG road is very important because it runs parallel to LAC and is linked, at various points, with the major supply bases further inland. We have also upgraded the various advance landing grounds along this stretch, including at DBG, Chushul, Fukche and Demchok. The Demchok-DBG road is mostly complete except for a segment which was originally planned over a perma-frost area but the alignment was later altered. It remains within our side of the LAC. It is constructed along this new alignment which appears to have been challenged by the Chinese.

As I have pointed out, there has been significant improvement in our border infrastructure over the past decade or so but the asymmetry with Chinese capabilities remains serious. For example, the Chinese post at Demchok is connected with a metal road to the Tibet-Xinjiang highway. It has a 24X7 power supply, being connected to the power grid. There is an observation tower on the nearby Zorawar Hill that enables monitoring of any troop movement on our side. Our post at Demchok still depends upon diesel generators and a considerable part of supplies use helicopters or fixed-wing aircraft. From DBG when you fly in a helicopter to the Karakoram Pass the flight is monitored by an array of Chinese surveillance cameras placed on the hills on either side of the valley.

Q)Has the pace of infrastructure development increased in the last five to 10 years? What is your assessment?

Yes it has but there is still a long way to go. While we improve the infrastructure on our side, the Chinese are not sitting still. They continue to augment their capabilities.

Q)Do you find a link between China's behaviour in the India-China border and the South China Sea? Does this aggressive behaviour show its weakness?

China has been adopting a more assertive posture in the Yellow Sea, the Taiwan Straits and the South China Sea at least since 2010. It has forcibly occupied a number of offshore islands claimed by other states such as Vietnam, Malaysia and Brunei. Its coast guard and naval vessels have been engaged in provocative manoeuvres and in effect, China now claims and seeks to dominate the whole of the South China Sea. So its behaviour on the India-China border appears to be part of this pattern.

Q) As a former ambassador to Nepal, how do you see it's role in Nepal's recent anti-India rhetoric and the publishing of maps making territorial claims. Do you see Beijing's active role in emboldening Nepal PM K P Sharma Oli's statements against India?

Nepal’s reaction to the construction of the Pithoragarh-Lipulekh Pass road is more related to internal political dynamics in Nepal in which China has played a role but there may not have been direct instigation by China. Prime Minister Oli was under threat because the Maoist leader Prachanda and Oli’s rival in the party, Madhav Nepal, had reportedly joined hands to unseat Oli. The Chinese ambassador to Nepal allegedly played a role in persuading the two leaders to refrain from destabilising the government. The Lipulekh controversy came in very handy for Oli to deflect attention from his own troubles by upping the ante on this long standing issue and projecting himself as an ardent nationalist and patriot, defying India. He went overboard in using abusive and offensive language against India but may have calculated that China will provide a shield against any Indian retaliation.

One is reminded of a similar situation in 1960 when the then King Mahendra inaugurated direct monarchical rule and an anti-Indian nationalist policy calculating that in view of the deteriorating relations between India and China, India would have limited room to oppose him. Even at that time Nepal did not challenge India’s sovereignty over Lipulekh and its own maps did not show this area as belonging to Nepal. This happened post-1990 when some Nepalese scholars began to reinterpret the Sugauli Treaty of 1816, which defined the India-Nepal border in the west as the Mahakali river, by tracing the river’s main channel to a more western tributary. If long established borders are sought to be challenged on the basis of some old documents or maps resurfacing, then where do we stop?

Having said that, I believe the Indian Army chief ought to have refrained from commenting on a matter that is diplomatically sensitive. The Nepalese side had already reacted adversely to the publication of an Indian map in November last year reflecting the newly created Union Territories of Ladakh and Jammu and Kashmir which showed the Lipulekh Pass in India. This did not represent any departure from the alignment depicted in the past and yet the Nepalese side sought to depict this as cartographic aggression by India. Being aware of the sensitivities involved perhaps a high profile event for the inauguration of the new highway by the defence minister could have been avoided. While rejecting Nepal’s claim we should remain committed to resolving all outstanding issues through friendly negotiations. After all, 98% of the border is already settled.

Q) How do you see China's behaviour in the international fora, as it faces pressure to come clean on Covid-19? From its resistance to the probe into Covid-19’s origin to its muscle-flexing on Taiwan, what does it signal to the world?

In keeping with its expanding economic and military capabilities, second only to the US, China has been playing a more active and combative role on the international stage. It wishes to be acknowledged as the uncontested leader in Asia. Chinese thinking equates hierarchy with harmony. Peace can be maintained only if there is a clear hierarchy of states each knowing its place in the pecking order. China believes it’s natural place is at the top of this hierarchy which other states must be persuaded to acknowledge; if necessary, should be compelled to do so through coercive measures. A section of the Chinese leadership believes that the Covid-19 pandemic is a window of opportunity for China to expand its regional and global influence. Its economic recovery is earlier and faster than other major economies giving it a first-mover advantage. However, while China may be hegemonic in intent, it is still not so in capabilities so there may be a real risk of its over extending. The pushback against China that we have witnessed in the past few weeks including at the World Health Assembly is noteworthy.

Q)Do you think Covid-19 has exposed President Xi's weakness? Can it become his Achilles Heel and could it become the “Chernobyl moment” for the Communist Party of China? What's your view of the post-Covid world?

While in the initial phase of the Covid-19 crisis Xi Jinping’s leadership appeared to be shaky, he has regained his authority and standing. The drastic and apparently successful measures to overcome the coronavirus and the early signs of economic recovery have put him in a strong position. That confidence is reflected in the decision to convene the Chinese Peoples’ Political Consultative Conference and the National People’s Congress from May 21 onwards in the Chinese capital after a delay of only two months. Under the pretext of Covid-19 the two meetings could have been easily deferred if Xi felt he was under political threat. That he has gone ahead with the meetings reflects renewed confidence.

The world is undergoing a wrenching transformation. We know that the post-pandemic world will be very different from what we have been familiar with but it is difficult to say where the chips will fall once the churning begins to ebb. On present indications, it appears that China may emerge from this as a more powerful country, at least in relative terms. We may see a loosely structured cluster of several regional powers and a more regionalized globalisation. Beyond that we will just have to keep our seatbelts fastened and wait to see where we land.