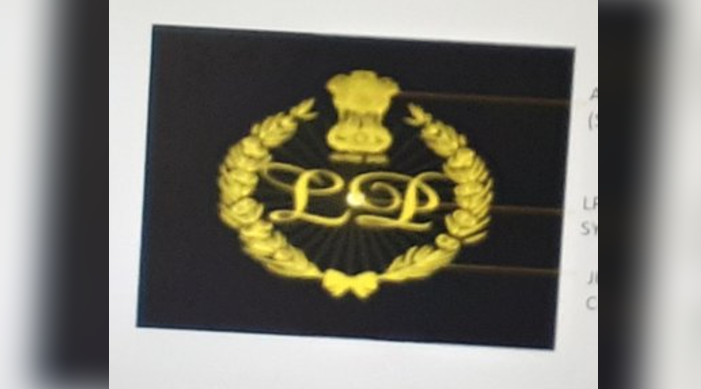 In a historic development after the formation of Union Territory of Ladakh, separate Ladakh Police has come into being

Police in Leh and Kargil districts now will be called Ladakh police. Ladakh Inspector General of Police SS Khandare spoke to AIR News about his priorities. The newly formed Ladakh Police after separating from Jammu and Kashmir will have its new symbols, insignia, formation sign and flag with a separate identity.

SS Khandare said, the changes will affect in a month's time. Ladakh police and the UT Administration have paid attention to reflect Ladakh pride in the formation sign and logo. Formation Sign with a backdrop of blood red color symbolizing sacrifice in golden border and ribbon, a snow leopard is designed in motion.

The Logo has Ashoka with Satyameva Jayate, LP in symmetric design and Juniper leaves (incense offered on religious occasions) covering the Ashoka and LP. Flap pattern starts with the name of Ladakh as common practice with police forces across the country.