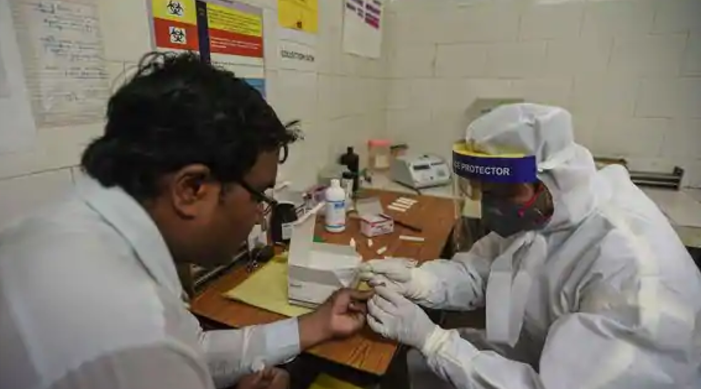 India and Israel will join forces for research and development of rapid testing tools for covid-19, the Israeli embassy in Delhi said on Monday, without giving details.

“Discussed joint R&D for rapid diagnosis based on big data and artificial intelligence (AI), to enable a rapid return to routine. This is part of the vision of @IsraeliPM and @PMOIndia for wide-ranging scientific cooperation," the embassy said in a Twitter post.

Few details were available on the extent of the cooperation, other than the possibility that the Defence Research and Development Organisation (DRDO) and Council for Scientific and Industrial Research (CSIR) were likely to partner with Israel’s Directorate of R&D in the ministry of defence.

Principal scientific adviser to the prime minister Dr K. Vijayraghavan was also part of the discussions between the two sides.

Israeli prime minister Benjamin Netanyahu and PM Narendra Modi have spoken on the phone at least twice since early March when the World Health Organization (WHO) labelled covid-19 a pandemic. Both countries have been collaborating in R&D in quantum computing, artificial intelligence and robotics.

Earlier this month, Israel reported the successful development of a monoclonal antibody with the potential to “neutralize" the SARS-CoV-2 virus that causes covid-19. Israel’s defence ministry said its premier biological laboratory has completed the development phase of the covid-19 antibody. However, it did not share any scientific literature on the subject.

Later, Israel’s ambassador to India Ron Malka confirmed that the research was at an advanced stage, but said the processes were not finalized yet. The details will be shared once the final clinical results were available.

One of Israel’s leading pharmaceutical companies, Pluristem Therapeutics, has also been testing the use of human placenta cells for potential treatment of covid-19. The team had initially tested it on seven critical covid-19 patients, and found positive results. It was looking to seek approval to begin early clinical trials.