Time for Jammu and Kashmir’s growth and development starts now 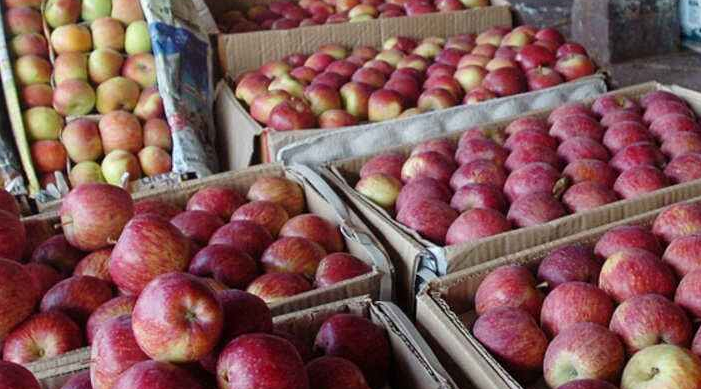 Policy makers have to ensure that unlike past, public investment spent must create conditions that lead to an increase in tax base and capacity

One of the many arguments behind the developments of August 5-6, 2019 that ended Jammu and Kashmir's special status was the region’s growth and development. Article 370 had undermined all efforts at industrialization as well as efforts to have a service economy that could add value and create jobs in the state.

It was erroneously associated with the State's land laws which allowed only permanent residents to purchase immovable property (similar to laws in Himachal Pradesh, Uttarakhand as well as many North-East States).

Even a casual look at the figures for the region made a depressing reading: Jammu and Kashmir’s per capita income at Rs 94,000 was lower than all the Northern States. Its purported accomplishments in literacy and other social indicators have been achieved because of Central government largesse and not because of Article 370 as some observers disingenuously suggest.

Jammu and Kashmir government’s expenditure (of which 44% is discretionary central government grants) today is more than half the State's domestic product showing how weak the private sector is in creating value and employment.

The question now before policy makers is what is the appropriate economic strategy for Jammu and Kashmir to follow, now that there are no constitutional and administrative obstructions? It must be remembered that given its location and terrain, Jammu and Kashmir will inevitably be a high-cost economy.

Such economies never compete on the basis of costs; they seek out niche areas/products/services where buyers are willing to pay premium prices making cost of production less relevant. Jammu and Kashmir, fortunately, can boast of a multitude of services and products that satisfy this condition.

Some are well known but have been only partially exploited while others have not been exploited at all. These are sectors that require public investments in varying degrees.

The first thing that comes to mind as far as the Union Territory’s economy is concerned is tourism. While the Valley is a known tourist destination albeit adversely affected in recent years due to an uncertain law and order situation, Jammu actually receives many times more tourists mainly because of the shrine of Shree Mata Vaishno Devi at Katra which attracted over 8.5 million visitors in 2018.

And yet, the fact remains that the tourist potential of the region has remained woefully untapped. When it comes to the Valley, the names of Gulmarg, Pahalgam and Sonmarg are nationally known and frequently visited. Equally beautiful places like Yousmarg, Doodhpatri, Gurez and Naranag are hardly known outside the Valley and thus never visited.

The millions of pilgrims that throng the shrine of the Shree Mata at Katra hardly go to those parts of Jammu which match any place in the Valley or Himachal Pradesh. Bhaderwah, Sarthal, Bani, Dudu-Basantgarh, Padder located in Jammu are thus barely known outside Jammu.

Districts of Rajouri and Poonch too boast of beautiful locations. If districts like Chamba, Kangra and Kullu of Himachal Pradesh can attract millions of tourists, so can some of the districts of Jammu. With some planning, the clientele could be upper middle class willing to pay premium rates for the quality service and experience. If the Union Territory’s traditional knowledge in the form of its handicrafts and fabled cuisine are married to the tourism sector, the combination can be formidable.

Public investment in the form of roads and other infrastructure and institutions to increase the number of tourists in this ecologically sensitive region will of course be needed. In this regard, Jammu and Kashmir already has a success story.

The Shree Mata Vaishno Devi Shrine Board set up by Governor Jagmohan in the 1980s is testimony to the possibility of an ecologically fragile spot handling millions of pilgrims is manner that is not only sustainable in the environmentally, but also has turned out be phenomenal money spinner for the region as a whole.

There is no reason why this success cannot be replicated in places where tourist flows will be far more spread out. The nature of tourism is that here services will be consumed locally and thus taxes accrued will also add to the Union Territory’s coffers a significant development given its historically poor revenue collections. Equally importantly, the employment multiplier of this sector being very high, the number of jobs generated will be considerable.

The Union Territory’s agricultural and horticultural sectors also produce premium products for which customers willingly pay a premium price. The basmati rice grown in RS Pura district was earlier used by other states and mixed it in their rice for aroma, flavour and exported to foreign destinations, without Jammu and Kashmir accruing any benefit out of it. It is only now that it is being processed, branded and sold as a product of Jammu and Kashmir.

Given the relative low acreage of land under irrigation in Jammu, there is scope for improvement in the agriculture sector. Similarly, horticulture productivity in terms of yield per hectare, due to lack of new technology and know-how remains abysmally low for crops like apple, walnut and others.

In animal husbandry too, in spite of Jammu and Kashmir per capita bovine population being much larger than that of Gujarat, the region remains an importer of milk and milk products. It imports poultry, mutton and eggs as well.

Then despite having favourable land-man ratio and availability of water, shortage in water resources persists and all this can be easily plugged if established players in this field both at national and international levels are allowed.

Here, the main beneficiaries will include hitherto excluded communities like Gujjars and Bakerwals who practice cattle, sheep and goat rearing. Given their nomadic nature, interventions here will require considerable organisational innovation.

Except for apples, a bulk crop, most agricultural, food items again will be high value, low volume. This is certainly true for basmati rice, rajma, walnut, spices, milk products like kalari and mushkkarari. However, this requires measures. For example, public investment in irrigation, especially in the Jammu region is vital if agriculture is to be boosted. In the same way technology interventions are vital. Unfortunately, the roles played by Jammu and Kashmir’s two agricultural universities have been peripheral unlike the role played by Punjab Agricultural University in the Green Revolution.

To this date, Jammu and Kashmir imports its entire apple rootstock. Thus interventions in the Union Territory's primary sector will have to be led by public investment, technological and better management practices.

Then the Union Territory’s industrial policy must be allied to the region’s agriculture and horticultural sectors. Unlike Himachal Pradesh which adds value to the fruit that it grows, Jammu and Kashmir fails in this regard. The potential for agro processing is enormous. Here, extra cost due to terrain and distance does not matter.

Infrastructure and Ease of Doing Business

What’s required is roads, power and ease of doing business. Unlike other States and Union Territories, land availability in Jammu and Kashmir is not a problem, communications are. Thus opening up new industrial estates and servicing these estates with good roads and power require investment that is at most incremental.

If indeed, any investment resembling a “mother industry” that creates its own scale economies and requires a lot of land directly and indirectly (due to ancillary industries) is planned by any business house, then post-autonomy Jammu and Kashmir is the most suitable place for it.

So too is any venture that seeks to add value to medicinal plants that exist and can be cultivated in the various micro-climates that Jammu and Kashmir possesses.

The principle for success is high value low volume. Pre-GST industrial investment attracted by excise duty exemptions included screw driver technology ventures whose main aim was to save money on these exemptions, not add value locally and thus did not create much employment. post GST, and many closed or reduced production.

Therefore, the new industrial initiatives must play to the Union Territory’s natural advantages and not artificially seek to neutralise its natural high cost. And it is here that the role of start-ups assumes great importance. We had earlier remarked that the agriculture universities had not played a significant role where introduction of technology was concerned. Individual academicians however, in collaboration with enterprising businessmen have been behind some significant successes.

These include developing basmati rice strains for cultivation as well as developing and adapting techniques for successful intensive apple cultivation. The local Council for Scientific and Industrial Research (CSIR) institution, the Indian Institute of Integrative Medicine has transferred technology to industry. This demonstrates that the organisational shortcomings of universities and research institutions are responsible for scientific developments not making the transition from laboratories to the market.

Thus the introduction of venture and angel capital as well as the culture of professionally managed incubation is necessary and desirable. The universities of the Union Territory are highly ranked largely on account of the research undertaken by their science and applied science departments. A culture of venture capital backed incubation promises a transition to a culture of start-ups where commercial technology is created and operationalised.

What oil is to the Middle East, hydel power is to Jammu and Kashmir, with the Chenab River in Jammu alone possessing a hydel potential of 20,000 MW of which 15,000 MW is realizable.

However, this is a capital intensive sector with a long gestation period. The Jammu and Kashmir government is unlikely to enter this sector without partners who have access to both technology and deep pockets.

Additionally, this requires the Union Territory to bring order into its fiscally unsustainable power situation as well as a regulatory regime that allows power projects the freedom to choose who they sell their power to. While employment generated will be low, the potential revenues generated promise to be considerable. If this is so, Jammu and Kashmir’s economy that has hitherto been largely supported by the central government will become gradually less dependent and will be able to stand on its own feet.

What this requires from the policy makers are targeted interventions with respect to providing infrastructure, a non-intrusive rules based regulatory regime that ensures ease of doing business while ensuring the upkeep of environmental norms by the tourism sector, a system of incentives that does not distort investment or make it dependent on exemptions and subsidies.

Jammu and Kashmir has seen isolated examples of such initiatives in the past. The elimination of the obstructive nature of Article 370 and its subsequent reorganization as a Union Territory affords the policy makers to reboot the entire system and ensure that such success stories are duplicated or scaled up. Their time starts now.

Dipankar Sengupta is a professor in the Department of Economics, University of Jammu.