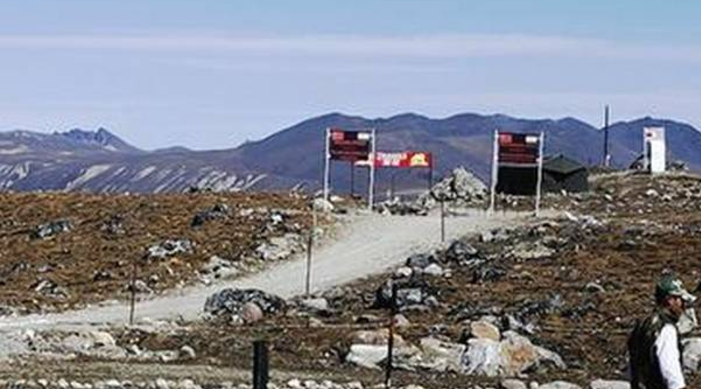 India and China learnt to have activated the “working mechanism” at the diplomatic level, which was established during former Prime Minister Manmohan Singh’s tenure in 2012 and signed by then Indian ambassador to Beijing S Jaishankar.

This has been activated alongside the military-to-military conversation taking place at the field level to “dis-engage” and “de-escalate” the situation.

The “Working Mechanism for Consultation & Coordination on India-China Border Affairs (WMCC)” was established in January 2012 after border talks between then National Security Adviser (NSA) Shivshankar Menon and his Chinese counterpart Dai Bingguo, and is headed by joint secretary-level officials from both sides.

They are entrusted to help the special representative for boundary talks, a position currently held by NSA Ajit Doval.

While joint secretary (East Asia) in the Ministry of External Affairs (MEA), Naveen Srivastava, leads the Indian side, the Chinese side is led by Hong Liang, Director General, Department of Boundary and Oceanic Affairs, Chinese Ministry of Foreign Affairs.

These officials have had 14 meetings since 2012, the last one in July 2019, and meet more frequently than the special representatives. In the last meeting, in accordance with the importance placed by leaders of both countries for effective border management, the two sides had reviewed the situation in border areas. In this regard, they had also taken note of regular exchanges at the troops and diplomatic levels, including under the WMCC framework, for maintaining peace and tranquility in border areas.

In the current situation, Srivastava is said to be leading the conversation at the diplomatic level, since the mandate of the mechanism is clear: “aim for timely communication of information on the border situation” and “for appropriately handling border incidents”.

India’s assessment is that the Chinese are involved in what is known in military parlance as “holding the line”. While there is no agreed Line of Actual Control (LAC), both Chinese and Indian troops patrol up to their “claim lines” and then return. In the current situation, it appears that the Chinese have crossed their perception of LAC and are now camping at the spot in a bid to “hold the line”.

This “holding the line” tactic is backed by a large number of Chinese troops — much more than ordinary patrols, which is usually has 25-30 soldiers. This appears to give the impression that the Chinese are keen to dig their heels in.

Sources said there have been multiple meetings within the government — both online and some physical — and a call is yet to be taken on whether a political-level dialogue is to be opened, and at what level.

The dialogue could be opened at three levels: External Affairs Minister S Jaishankar with his Chinese counterpart Wang Yi; NSA Doval with his counterpart Wang (who is China’s special representative for border talks by virtue of being the State Councillor); or at the highest level —between Prime Minister Narendra Modi and China’s President Xi Jinping.

New Delhi feels the time for escalating it to the highest level hasn’t come yet, but the External Affairs Minister and the NSA tracks are possible options.

While that decision is yet to be taken, both Indian ambassador in Beijing Vikram Misri and Chinese ambassador in New Delhi Sun Weidong are passing on messages from their headquarters to their counterparts, apart from the WMCC. The meetings of border personnel and flag meetings have been feeding into New Delhi’s conversation with Beijing on this.

Although the effort is to resolve the situation “locally”, where troops move back to their original positions in the next “7 to 10 days”, New Delhi’s position is that the “Chinese troops who have crossed over” and the “Indian troops are on the India side of the LAC”. South Block is clear that it will remain “firm” in holding its position, and New Delhi will deploy “appropriate resources” to defend the Indian position.

But the efforts are to not dial up the rhetoric. While the MEA has issued two measured and nuanced statements so far on the situation on LAC, the Chinese foreign ministry has also issued statements.

But unlike during Doklam in 2017, the Chinese political leadership, especially Wang, has not ratcheted up the rhetoric. This was evident during Sunday’s press conference, where Wang did not take any questions from the Indian media and did not make any suo motu statement on the border situation.

Nor has the Chinese state media increased its decibel levels.

Last week, MEA spokesperson Anurag Srivastava had said, “The two sides have established mechanisms to resolve such situations peacefully through dialogue. Both sides remain engaged with each other to address any immediate issues.”