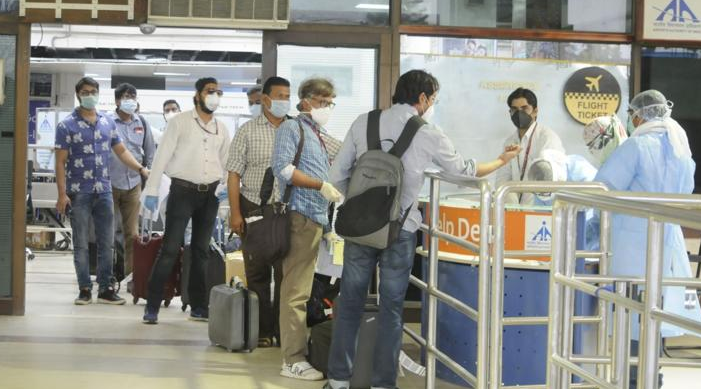 The central government May 22 allowed certain categories of OCI card holders, who are stranded abroad

Indian Americans have welcomed the decision of the Indian government to ease the coronavirus-linked global travel restrictions imposed on some of those having Overseas Citizens of India cards, describing it as a big relief for them.

The OCI card is issued to people of Indian origin globally which gives them almost all the privileges of an Indian national except for the right to vote, government service and buying agricultural land. The OCI card gives them visa-free travel to India.

The central government May 22 allowed certain categories of OCI card holders, who are stranded abroad, to come to the country, according to reports.

Earlier, according to the regulations issued by the Indian government in April, visas of foreign nationals and OCI cards were suspended as part of the new international travel restrictions following the COVID-19 pandemic, a Press Trust of India report said.

This privilege of visa free travel to India was causing distress among a large number of people of Indian-origin and Indian citizens in countries like the U.S. whose children were OCI card holders as they were born in this country, it said.

Many Indian parents, several of whom lost their jobs as a result of the economic crisis due to coronavirus pandemic, but were not allowed to take the special evacuation flights of Air India from various U.S. cities, took to social media and urged the Indian leaders to allow them to travel to India, the PTI report notes.

“This is a big relief for the OCI card holders. It was a humanitarian crisis in the making. I am pleased that the Indian Government listened to their voices,” said social activist Prem Bhandari, chairman of Jaipur Foot USA, who has been taking up the cause of the OCI card holders, according to the report.

“(This is a) much needed relaxation to the distressed parents with minors having OCI need to travel back home,” added Geeta Somani.

Bhandari, who for the past few weeks had launched a relentless campaign for the Indian government to reverse its recent OCI order, said voices of overseas Indians were humanely considered by its leaders, right from the top Prime Minister Narendra Modi, to Minister of State for External Affairs V. Muraleedharan.

Flooded with questions on the OCI card issue, Muraleedharan during a webinar last week, organized by the Federation of Indian Americans and Bihar Jharkhand Association of North America, assured Indian Americans that the government will soon take a decision, the report said.

An Indian Embassy, Washington, D.C., May 25 press release elaborated on this issue, as follows:

1. The Government of India has decided to operate additional Air India non-scheduled commercial flights in the ongoing second phase of operations from the U.S. to various cities in India. The updated schedule of flights is as under:

Note: This is a dynamic list and may undergo changes based on operational, technical and other considerations. The list should not be considered as final and is only for the purpose of information. This list cannot be quoted for any legal claims. All visitors are advised to counter-check with Air India for confirmation of the flights, timings, dates, destinations and other details.

2. Since the number of seats on the flights would be limited, priority will be given to compelling cases and those Indian nationals and OCI Cardholders registered (Indian nationals: https://indianembassyusa.gov.in/reg_indian_nationals & OCI Cardholders: https://indianembassyusa.gov.in/reg_oci_indian_nationals) with the Embassy/Consulates will be considered:

With the compelling cases such as those facing medical emergencies or requiring return due to bereavement in the family, students, pregnant women, elderly or those facing expiry of visas.

(b) OCI cardholders who wish to come to India on account of family emergencies like death in family.

(c) Couples where one spouse is an OCI cardholder and the other is an Indian national and they have a permanent residence in India.

(d) University students who are OCI cardholders (not legally minors) but whose parents are Indian citizens living in India.

[Note: The OCI cardholders falling into one of the categories mentioned above will not require any fresh emergency visa].

5. Before boarding, all passengers shall give an undertaking that they would undergo mandatory quarantine for 14 days as stipulated in the Ministry of Home Affairs order dated 24 May 2020.

6. All passengers on arrival in India will be medically screened and would have to download and register on Arogya Setu app.

7. All passengers will have to follow the protocols and procedures including Health Protocols issued by the Government of the USA on departure and by the Ministry of Health, Ministry of Civil Aviation and other concerned authorities of Government of India before, during the journey and on arrival in India.

8. All passengers will be required to sign an Undertaking (Download Undertaking Form), which will be collected from them at the airport before boarding the flight.

More information is available at: https://www.indianembassyusa.gov.in/

IANS adds from on May 24: Six days after the beginning of lockdown 4.0, the Center on May 24 came up with a new Standard Operating Protocol to bring Indians stranded abroad, giving priority to compelling cases in distress, short-term visa holders and persons with medical emergencies.

The compelling cases will include migrant workers or laborers who have been laid off, short term visa holders faced with expiry of visas, and students. Persons with medical emergencies comprises pregnant women, and elderly and those required to return to India due to the death of a family member.

However, the cost of travel as specified by the carrier, will be borne by such travelers, says the 10 point SOP issued by the Union Home Ministry.

All travelers will also be required to give an undertaking that they are making the journey at their own risk, it said. 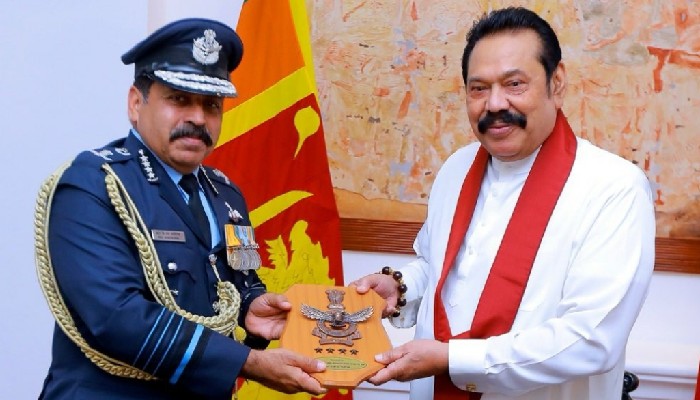