India will set an example in economic revival: PM Modi 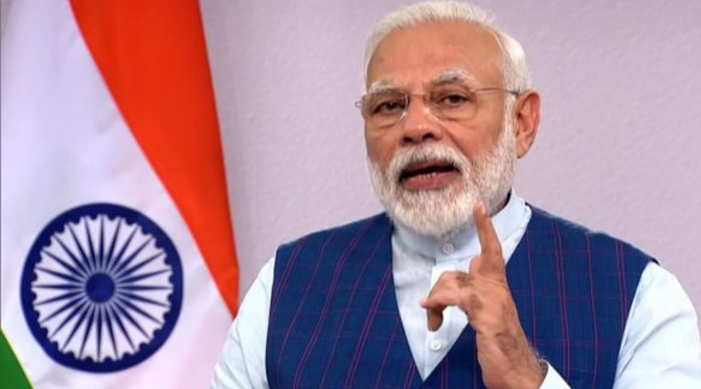 Surprising the economic watchers, India registered 3.1 GDP during the first quarter of the fiscal year

Prime Minister Narendra Modi has expressed hope that despite the pain and destruction that Covid-19 has inflicted upon the whole world, India will set an example in economic revival. The Prime Minister’s this message has come on a day when India surprised most economy watchers by registering a GDP (Gross Domestic Products) growth rate of 3.1 per cent during the January-March quarter of fiscal year 2019-20.

On the eve of the first anniversary of the second term of the NDA government, in a letter to citizens of the country, Modi on Saturday said, “Given the way India has surprised the world with its unity and resolve in the fight against coronavirus, there is a firm belief that we will also set an example in economic revival. In the economic domain, through their strength, 130 crore Indians can not only surprise the world but also inspire it,” he said.

Highlighting the importance of Aatmanirbhar Bharat or Self-reliant India, he said the recent ₹20-lakh-crore package is a major step in this direction. This initiative will usher in a new era of opportunities for every Indian, be it farmers, workers, small entrepreneurs or youth associated with startups. “The fragrance of Indian soil along with the sweat, hard work and talent of our workers will create products that will reduce India’s dependence on imports,” he said.

He acknowledged that during the crisis, labourers, migrant workers, artisans and craftsmen in small-scale industries, hawkers and fellow countrymen have undergone tremendous suffering. However, he felt that there is a need to ensure that this inconvenience does not turn into a disaster. Hence, he advised every Indian to follow all rules and guidelines. “We have displayed patience so far and we should continue to do so. This is one of the important reasons for India being safer and in a better state than many other countries. This is a long battle but we have started traversing on the path of victory, and victory is our collective resolve,” he said.

Listing key milestones achieved during first year, he said that abrogation of Article 370 furthered the spirit of national unity and integration. The Ram Mandir judgment brought an amicable end to a debate persisting for centuries. The barbaric practice of Triple Talaq has been confined to the dustbin of history. Amendment to the Citizenship Act was an expression of India’s compassion and spirit of inclusiveness.

Decisions, according to him, that have added momentum to the nation’s development trajectory include creation of the post of the Chief of Defence Staff and stepping up preparations for Mission Gaganyaan. He maintained that empowering the poor, farmers, women and youth has remained in the priority of his government.