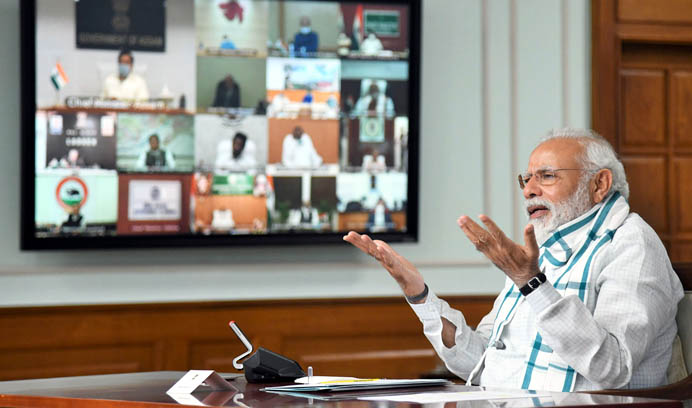 A Cambridge study points out that Prime Minister Narendra Modi’s critical nudges in the fight against COVID-19 influenced the behavior and decision-making of groups and individuals across the country.

The paper, ‘India nudges to contain COVID-19 pandemic: A reactive policy analysis using machine-learning based topic modelling’ points out that PM Modi’s “nudging” was critical in creating “the herd effect”. It states that India locked down 1.3 billion people on March 25. And PM Modi, in his public address the following day, appealed to the nation that 21-days is critical to breaking the infection cycle, or else the country and Indian families could be set back to 21 years.

“This nudge had critical public policy implications because it successfully convinced 1.3 billion people to abide by lockdown rules at high economic and social costs,” the Cambridge study says, according to a report by The Times of India.

The report adds that the prime minister frequently nudged the nation to stay at home, adhering to lockdown rules, improving immunity through yoga and Ayurveda and contributing to the PM-CARES fund. Moreover, the Cambridge study estimates the economic costs of Phase 1 of the lockdown, that is March 25 to April 14, 2020, at US$98 billion, but the social costs are still unknown. “The Prime Minister also nudged the business community and higher-income groups to look after the economic needs of those from lower-income groups, from whom they take various services,” the report said. The government urged them not to cut their salary on the days they were unable to render the services due to inability to come to the workplace.

Meeting of both houses of Parliament on India-China matter on Sep 15: Pralhad Joshi