Keeping in mind the need for development and strengthening the poverty alleviation programme in the country, Finance minister Nirmala Sitharaman has asked the Manila-based Asian Development Bank (ADB) to expand its quantum and raise the size of its lending to India.

“In view of the need for a ‘global development’ approach and the long-term perspective of addressing poverty, ADB should expand its quantum and size of lending,” Sitharaman was quoted as saying by the Economic Times.

Speaking at the annual meeting of the board of governors of the bank, through the digital mode, Sitharaman said India has the absorptive capacity to receive about $4 billion a year from sovereign operations and about $1.5 billion annually from the private sector financing window.

ADB became the first bank to commit $4 billion to India in a year in 2019. The bank has committed $2.2 billion to sovereign operations so far in 2020.

Sitharaman noted that increasing private sector operations to leverage the limited ADB funds is the need of the hour. This would stimulate a development multiplier, including employment generation, she said.

She asked ADB to work on strengthening its capital base to expand its lending outreach.

In this context, she said, India would like to add a cautionary note regarding a large number of transfers out of ordinary capital resources (OCR) net income to various special funds.

SASEC has gained considerable traction with total investments so far amounting to $13 billion in 59 projects, of which ADB financing is $7.5 billion.

“To take SASEC’s operations to the levels achieved in similar regional cooperation initiatives, institutional strengthening is called for. We appreciate the close engagement of ADB with SASEC member countries to take this process forward,” she said.

In this context, establishing a regular SASEC finance ministers’ meeting as apex guidance and oversight body would be a welcome step, she said.

India would be happy to host the first SASEC finance ministers’ meeting in 2021, Sitharaman added.

She further suggested that her Ministry would invite ADB to set up the SASEC secretariat in the country apart from a private sector operations branch office in Mumbai to establish more committed operational activities in the private sector.

Read the full article in detail in The Economic Times 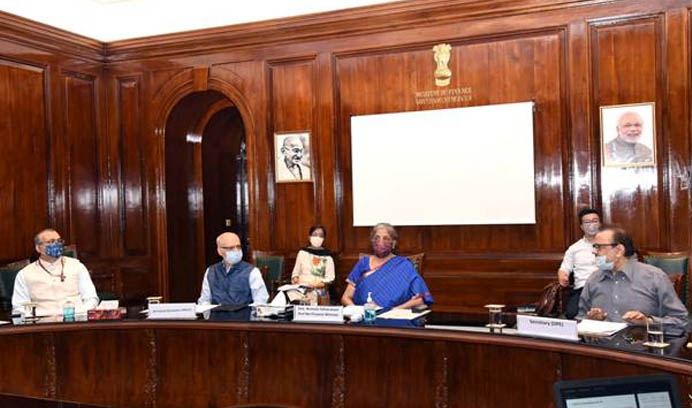