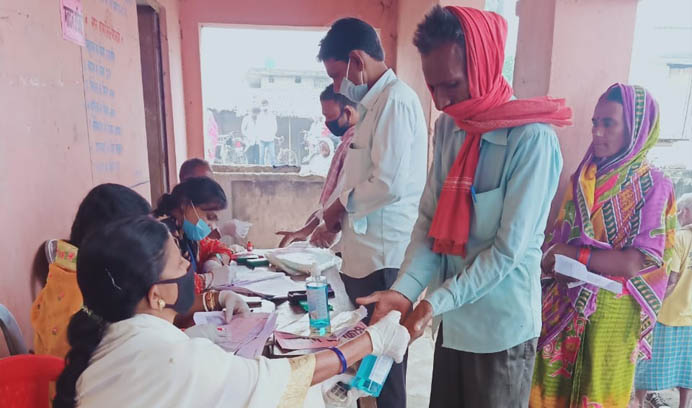 Polling for the second phase of Bihar Assembly Polls 2020 to choose a new Legislative Assembly took place today with 51.82 per cent of voter turnout till 5 PM, as part of the biggest polling exercise in India amid COVID-19.

On Tuesday, 94 constituencies in 17 districts of the poll-bound state went to polls at around 42,000 polling stations. About 2.85 crore voters were eligible to decide the fate of approximately 1,500 candidates in the second phase of the Bihar Assembly Polls 2020.

The polling exercise was undertaken with all the COVID-19 precautions and arrangements in place. The preventive protocols included wearing of masks, thermal scanning and sanitizers inside the polling booth.

The Bihar Legislative Assembly has 243 seats which are going to polls in three phases this time.

Over 55 per cent of voting was recorded in the first phase of elections held on October 28, the Election Commission data suggested. In the first phase, 71 assembly constituencies in 16 districts went to polls in 31,000 polling stations. A total of 1,066 candidates were in the fray in this phase with an electorate of over 2.14 crore.

The third phase of elections will be held on November 7 in 78 assembly constituencies in 15 districts at around 33,500 polling stations. The results will be announced on November 10.

Campaigning for the third phase has already been undertaken by the political parties.

During the day, Prime Minister Narendra Modi addressed a rally in Bihar’s Araria district which will vote during the third phase. He urged people to participate in the democratic exercise of voting with full enthusiasm but with caution due to COVID-19.