India is committed to provide ease of doing business to its youth: PM Modi 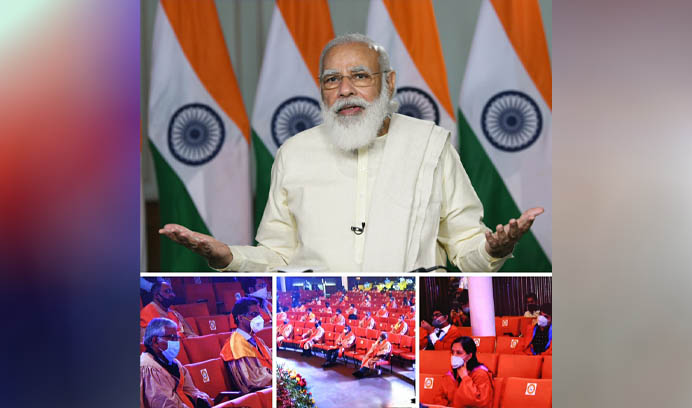 A favorable environment has been created for the implementation of ideas and innovation, Prime Minister Narendra Modi said

Prime Minister Narendra Modi on Saturday asked IIT graduates to recognize the needs of the country and connect with the changes on the ground.

He said India is committed to provide 'ease of doing business' to its youth so that they can bring changes in the life of crores of their countrymen through their innovation.

“The country will give you 'ease of business' you just work for 'ease of living' of the people of this country,” Prime Minister Modi said, while addressing the 51st Annual Convocation Ceremony of IIT Delhi as Chief Guest via video conferencing.

The Prime Minister said ‘Atmanirbhar Bharat’ campaign is a mission that gives opportunities to youth, technocrats and tech-enterprise leaders of the country. He said today a favorable environment has been created for implementation of the ideas and innovation of the technocrats freely and to scale them and market them easily.

He listed the sectors where opportunities have been created for innovation and new start-ups for the first time due to the reforms.

The Prime Minister said Other Service Provider (OSP) guidelines have been simplified and restrictions have been removed recently, which would reduce the Burden of Compliance for BPO Industries.

He said BPO Industry has also been exempted from various requirements including bank guarantee. He added that provisions that prevented the Tech Industry from facilities such as Work from home or work from anywhere, have also been removed. This will make the country's IT sector globally competitive and will give more opportunities to young talent.

The Prime Minister said today India is among the countries where corporate tax is the lowest. More than 50 thousand startups have started in India since the Start-up India campaign. He listed the outcome of the Government’s efforts with respect to promoting startups like the 4 fold increase in the number of patents in the country in the last five years, a 5-fold increase in trademark registrations.

He said over 20 Indian unicorns have been established over the years and this number would increase further in the next one or two years. The Prime Minister pointed out that today from incubation to funding, Startups are being helped. He said for funding of startups, Fund of Funds has been created with a corpus of Rs 10 thousand crores. In addition for a period of 3 years, startups are offered many facilities like Tax Exemption, Self-Certification and Easy exit.

Prime Minister Modi said today under the National Infrastructure Pipeline, investment of more than Rs 1 lakh crore has been planned. This will create a state-of-the-art infrastructure across the country that will meet the needs of both present and future. He said today the country is working in new ways to achieve maximum potential in every field.

The Prime Minister said post-Covid world is going to be very different and technology will play the biggest role in it. He said Virtual Reality was never thought of but now Virtual Reality and Augmented Reality has become the Working Reality. He said the present batch of students has a first mover advantage to learn and adapt to the new norms emerging in the workplace and he urged them to make most use of this. He said Covid -19 has taught Globalization is important but Self-Reliance is equally important.

The Prime Minister said the country has shown in the recent past, how technology can be the most powerful means for the governance to reach the poorest of the poor. He listed the schemes of the government which have reached the poorest of the poor with the help of technology like construction of toilets, gas connections etc. He said the country is making rapid strides in digital delivery of services and making the lives of ordinary citizens easier. He remarked technology has made last mile delivery efficient and reduced the scope of corruption. In the case of Digital Transactions also, India is far ahead of many countries of the world and even the developed countries want to adopt Indian platforms like UPI.

The Prime Minister said technology is playing a big role in ‘Svamitva yojana’ which was launched recently. Under this, for the first time, residential and land property- is being mapped. He said earlier this work was done manually and thus doubts and apprehensions were also natural.

Today, using drone technology, this mapping is being done and the villagers are also fully satisfied with it. This shows how much normal citizens of India have faith in technology. He listed the challenges for which technology can give solutions like Post Disaster Management, maintaining Ground water level, technology of telemedicine and remote surgery, Big data analysis and others.

He praised the students’ exceptional abilities since they passed one of the toughest exams at a young age, at the same time he advised them to be flexible and humble to further enhance their ability. By flexibility he meant not to shed one’s identity at any point while never hesitating from fitting into a team. By humility, he meant to be down to earth while being proud of one’s success and achievements. 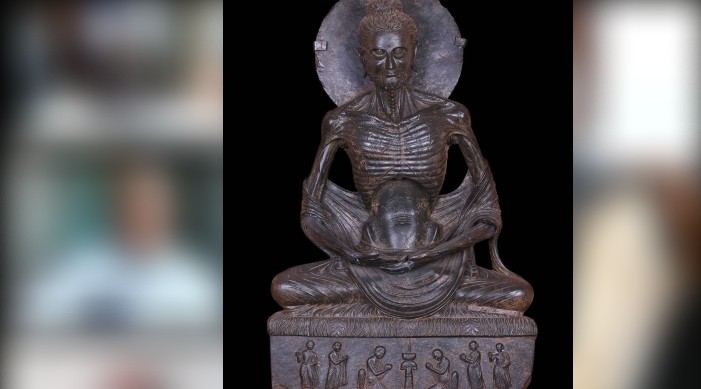 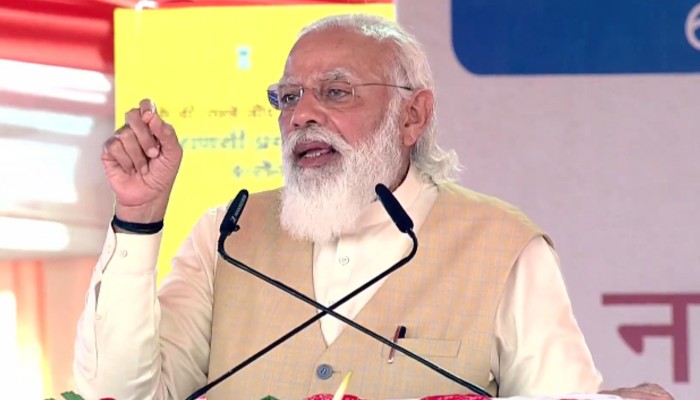 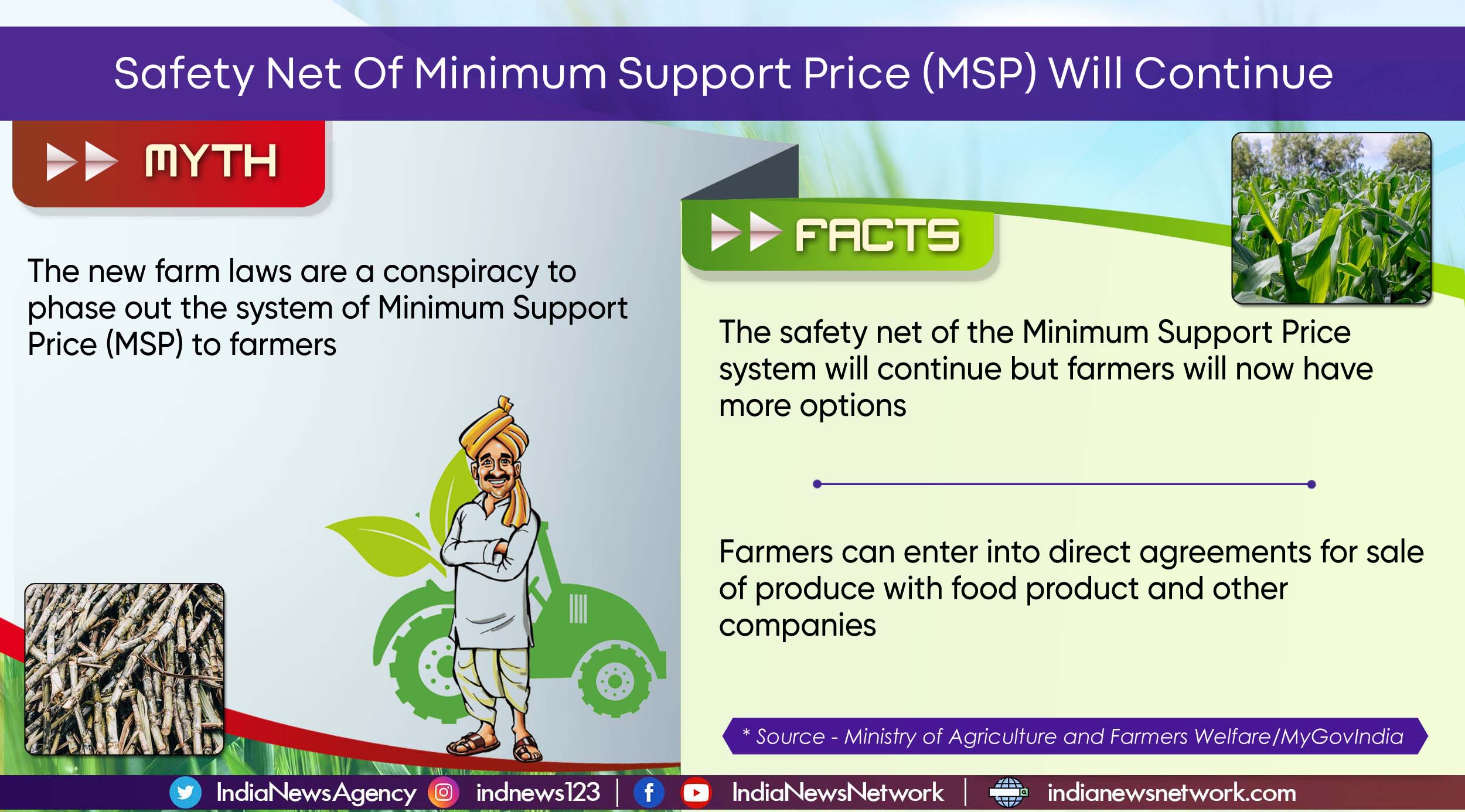