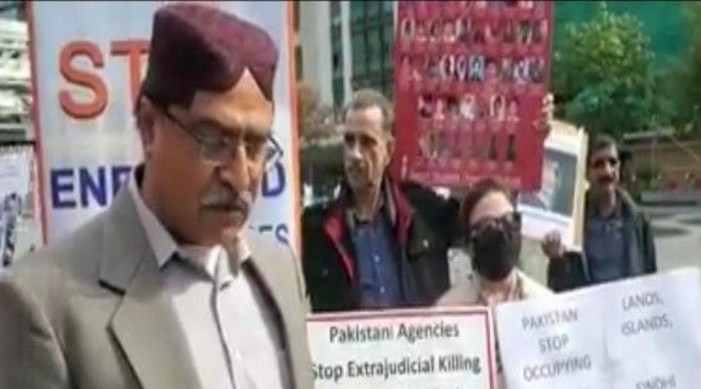 Mysterious death of popular human rights activist Karima Baloch in Toronto on December 22, continues to spark protests across several countries, including Canada, US, UK and Pakistan. In Canada, members of Baloch and Sindh community, showcasing their solidarity against Pakistan’s oppressive policies in Balochistan, have come together demanding an independent and thorough investigation into Karima Baloch’s death.

On January 16, Sindhi-Baloch Forum (SBF) will hold a webinar to bring together an esteemed panel of Sindhi and Baloch human rights activists and scholars to remember Karima Baloch. Through this webinar, the forum will try to put pressure on international organisations over the rise in killings of Baloch activists and their safety abroad and also brutality and gross human rights violation by Pakistan.

Karima Baloch was one of the most vocal critiques of the Pakistan government and had been working very proactively to highlight the human rights violations including torture, disappearances etc. penetrated upon people in Balochistan.

Her body was found in Ontario Lake in Toronto a few weeks ago under mysterious circumstances. The Toronto police on December 23 termed the death of Karima Baloch a “non-criminal death”, but the family, friends, and her husband are demanding an independent inquiry into the case. The security agents of Toronto had said that the circumstances of the incident have been investigated and “no foul play is suspected”.

On December 29, Baloch National Movement (BNM) members in the US held a protest in front of the Canadian Embassy in Washington over the death of Baloch in Toronto. Protestors made calls for justice and demanded a formal investigation into the death of the human rights activist who was missing since December 20 and had made many enemies in the Pakistani dispensation for exposing its atrocities.