File photo of a dry run for the vaccination exercise.

Nearly 30 million healthcare and frontline workers will be inoculated on a priority basis, followed by those above 50 years of age

The Covid-19 vaccination drive will kick off across India on January 16, after the end of the forthcoming festivals including Lohri, Makar Sankranti, Pongal, and Magh Bihu.

The national regulator granted Emergency Use Authorisation (EUA) or Accelerated Approval for two vaccines, Covishield or the Oxford AstraZeneca vaccine being manufactured by Pune-based Serum Institute of India (SII) and Covaxin developed by Bharat Biotech.

Both have established safety & immunogenicity, the authorities had said after reviewing the vaccine trial data.

The decision to begin the Covid-19 vaccination campaign was taken after Prime Minister Narendra Modi chaired a high-level meeting to evaluate the status of Covid-19 in the country and readiness of the states and Union Territories (UTs) to begin vaccination, the Ministry of Health and Family Welfare said in a statement.

The government has already said that nearly 30 million healthcare and frontline workers will be inoculated on a priority basis, followed by those above 50 years of age and the under-50 population groups with co-morbidities.

Prime Minister Modi, while addressing the virtual 16th Pravasi Bharatiya Divas (PBD) Convention earlier in the day, said, “Being the pharmacy of the world, India has supplied important medicines to all those in need in the world in the past and is also doing so now. The world is not only waiting for Indian vaccines but is also watching how India runs the world’s biggest vaccination programme.”

During the meeting, which was attended by the Cabinet Secretary, Principal Secretary to PM, Union Health Secretary, and other senior officials, the Prime Minister was also briefed about the Co-WIN Vaccine Delivery Management System.

Co-Win is a digitised platform that will provide real time information of vaccine stocks, storage temperature and individualised tracking of beneficiaries of the vaccine. Over 7.9 million beneficiaries have registered on the app.

Since the training process of vaccinators and vaccine administrators play a critical role in the vaccination process, their preparation was listed out.

It is to be noted that 2,360 participants were trained during the national level Training of Trainers which included state immunization officers, cold chain officers, IEC officials, and development partners.

Over 61,000 programme managers, 2 lakh vaccinators and 3.7 lakh other vaccination team members have been trained at the state, district and block levels.

The Prime Minister was also briefed on the three phases of dry runs which were held across India. The third dry run was held on Friday at 4,895 session sites in 615 districts across 33 states and UTs. Around 3,00,000 healthcare and frontline workers are receiving the first of two vaccine doses doses during the first phase 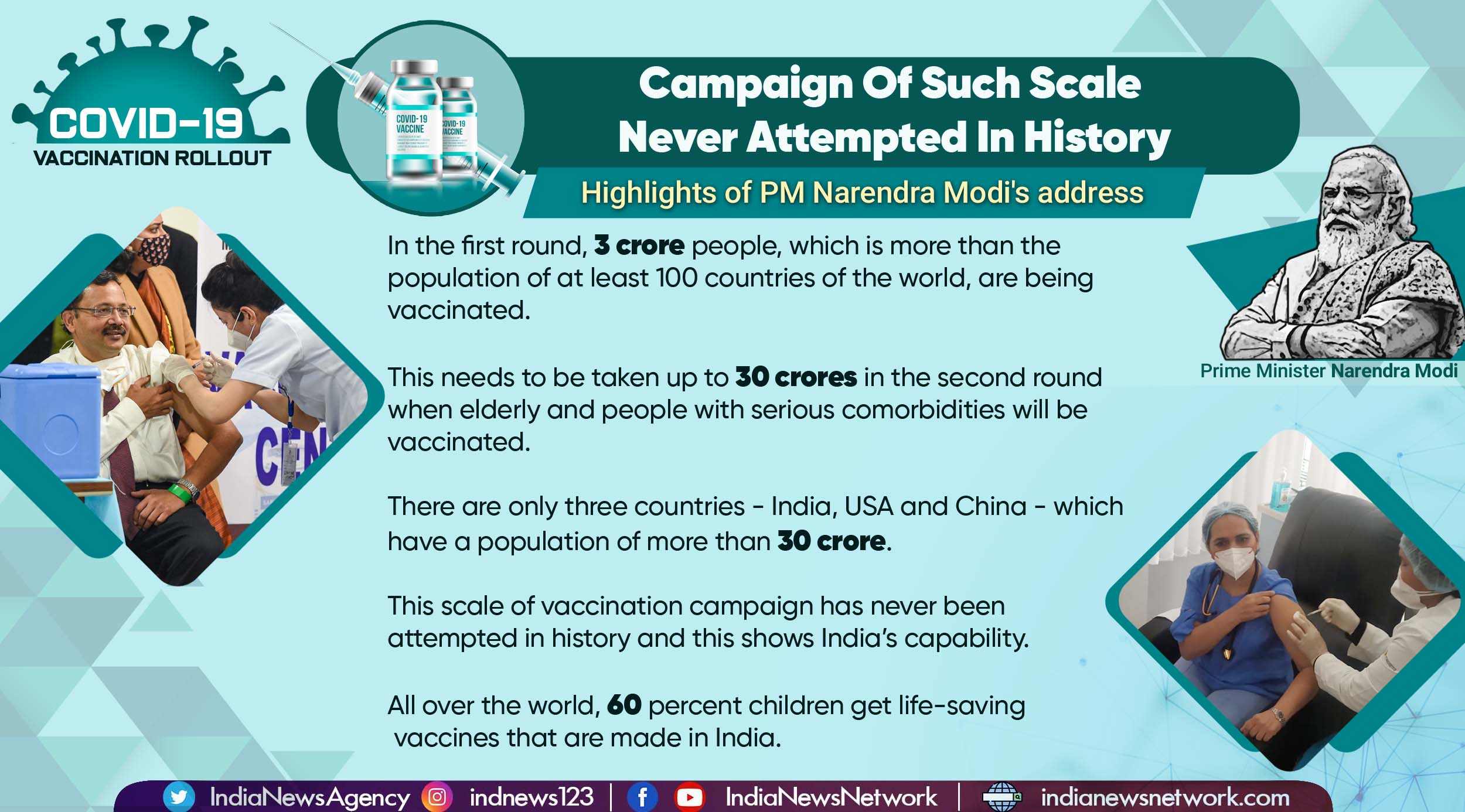 India's first Covid-19 vaccine shot was given to a frontline sanitation worker at AIIMS, Delhi 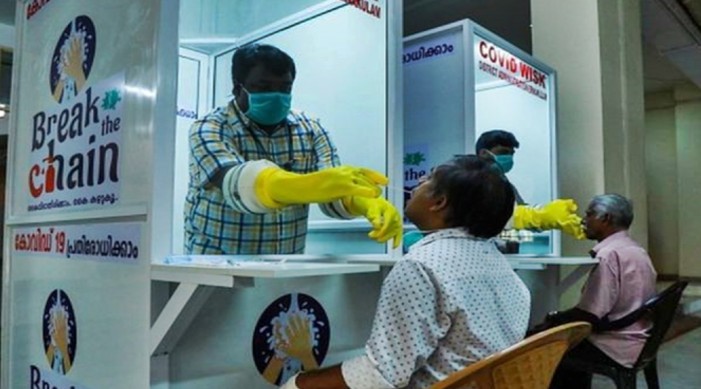 The number of new cases per million population in India in the last seven days is 87, one of the lowest in the world Over 3,000 sites across all States and Union Territories will be virtually connected for the launch