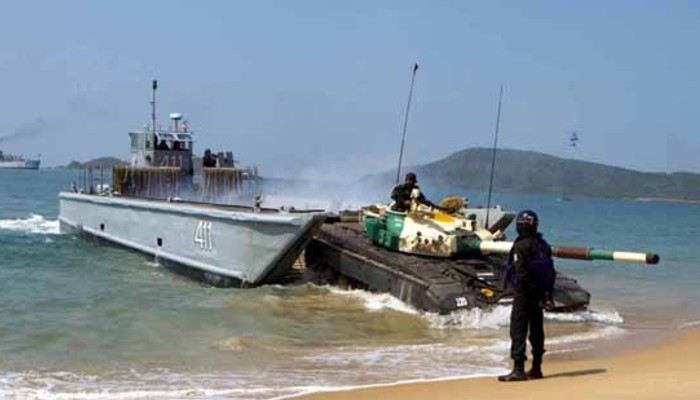 At the time when standoff with China in eastern Ladakh continues, Indian armed forces’ all three wings--army, air force and navy--conducted a joint amphibious exercise AMPHEX-21 in Andaman and Nicobar group of island from January 21 to 25.

As per the Ministry of Defence, the exercise involved participation of naval ships, amphibious troops of the Army and different types of aircraft from the Air force.

The exercise was aimed at validating India’s capabilities to safeguard the territorial integrity of its island territories.

It also sought to enhance operational synergy and joint war fighting capabilities amongst the three Services.

Airborne insertion of Marine Commandos of Navy and Special Forces of the Army, naval gunfire support, amphibious landing of forces and follow-on operations also formed part of the exercise.

Ex KAVACH for defence of Andaman and Nicobar Islands formed a part of AMPHEX – 21.

A joint intelligence, surveillance and reconnaissance exercise under the aegis of HQ Integrated Defence Staff was also run concurrently to achieve Maritime Domain Awareness by employment of a multitude of sensors.