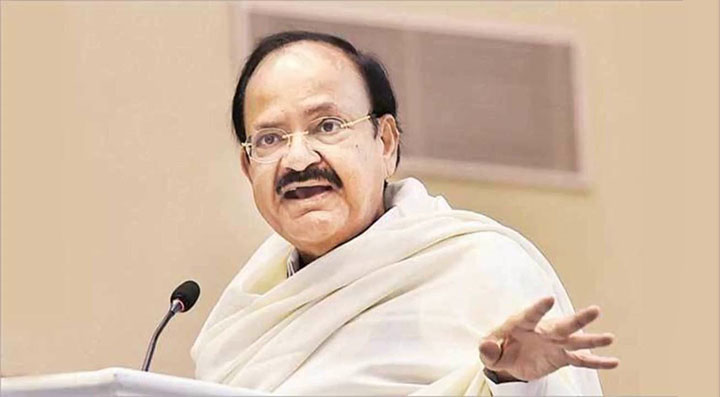 The Indian Vice President, M. Venakaih Naidu, has said that abrogation of article 370 was welcomed by people cutting across all political lines in the country.

Speaking at a function in the Jharkhand state capital Ranchi recently, the Vice President said the need of the hour was to protect India’s unity, integrity and sovereignty of the country. “As regards to the country’s unity and integrity, we all should speak in one voice,” he added.

Naidu expressed happiness that both the houses of Parliament passed the resolution after a thorough discussion. While it was passed with – 2/3rd majority in Rajya Sabha, it secured the support of 4/5th members of Lok Sabha. ‘’It speaks about the wishes of the people of the country and that is the mood of the country’ he added.

The Vice President said that there was a need for the younger generation of the country to know about Article 370 and its constitutional history.

Pointing out that Article 370 was a temporary and transient provision, the Vice President mentioned that way back in 1964, MPs cutting across party lines including those from the then ruling party almost unanimously supported a non-official resolution seeking its abrogation. Reading out details of the news item published by a National English daily at that time, the Vice President said that the non-official resolution moved by Prakash Vir Shastri in Lok Sabha was supported by leaders like Ram Manohar Lohia, H.V. Kamat, K. Hanumantaiya and others.

Quoting from the same news report, he said that the members from Kashmir argued that the state had suffered by not being treated on par with the rest of the country.