Acts of terrorism and normal life in Kashmir 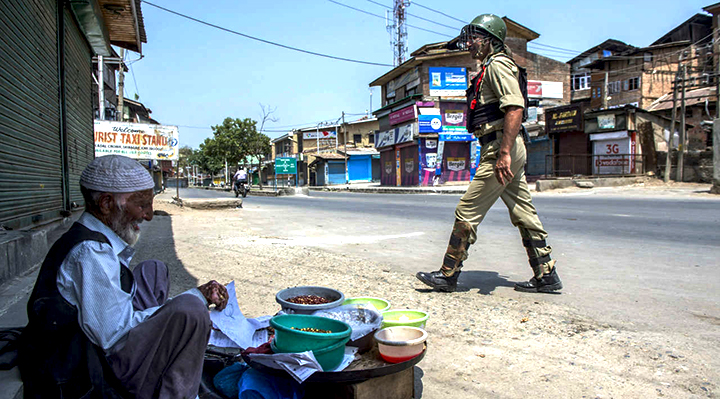 Several attempts have been made by terrorist in last three months to disrupt normal life in the valley. From pasting threatening posters in markets across valley to attacking and killing non-locals, different methods were adopted by the terrorists to disrupt peace and normalcy in Kashmir.

In the last three months hundreds of posters threatening the shopkeeper, fruit-growers, government officers, transporters and others have been found pasted at 163 locations across the valley. The treats included attacking the government offices and market places if the strike is not observed.

Dozens of shops and vending carts have been set on fire in last three months in order to stop any kind of business activity in the valley. A 65 year old shop-keeper was fired upon and killed by terrorists on 31st August in Parimpora area of Srinagar for opening his shop.

At around half a dozen places, terrorists attacked the civilians by hurling grenades in busy markets injuring more than 20 people in last one month. These grenades were deliberately hurled at places abuzz with business/public activity. On October 05, 2019, 14 people were injured after terrorists hurled grenade at the gate of Deputy Commissioners Office at Anantnag.

Right from the beginning, terrorists have been issuing warnings in form of posters or addressing the locals against any kind of horticulture activity including harvesting of apple crop. In September, 2019, a family of a local Fruit grower was fired upon by terrorists at Sopore injuring four of his family members. In South Kashmir, more than dozens incidents have been reported where terrorists trashed the people for harvesting the apple crop.

A non-local laborer was also killed by terrorists in Pulwama some days back. Riyaz Naikoo, HM commander in audio message in July has warned of attacks on non-locals if any change in brought in special status of the State.

There have been around 300 terrorist sights at over 550 locations across valley in last three months. At many places the terrorists even addressed the locals and threatened them of dire consequences if their diktat is not adhered to.

After the announcement of conducting examination for students by the administration, the terrorists have started attacking the schools. In a recent incident, a school in a Kulgam Village was set ablaze by the terrorists.