Article 370: A good riddance for larger populace of J&K 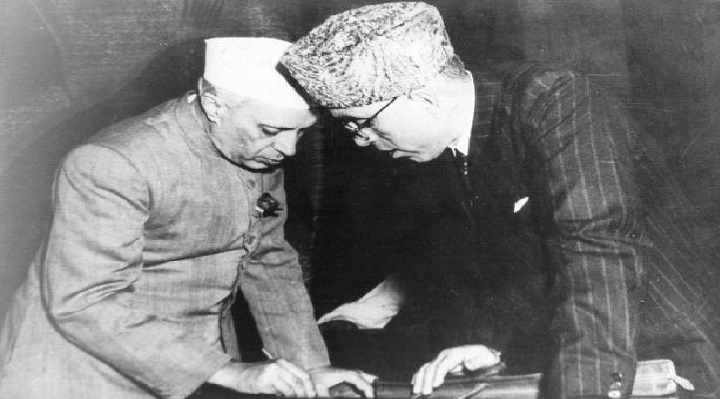 The common refrain in the nation is in favor of the abrogation of Article 370 in Kashmir. Although the political noise following the abrogation of Article 370 was allegedly an attempt to snowball the dissent into an electoral battle, yet the results of the assembly elections in Haryana and Maharashtra only went on to endorse the abrogation. Besides, it was a fairly constitutional move because the special status and privileges available to the people of Kashmir for the last seven decades had failed to serve their purpose. It is time the state was integrated into India like any other state. The battle for peace and prosperity in Kashmir will be won or lost in the minds and hearts of the people of India. The promises of Kashmir’s economic development abound. In any case, the valley can not hold Ladakh and Jammu regions to ransom.

Kashmir had long turned a graveyard of the security forces and the terrorists alike. It was made a laboratory of politics of Islam. Armed jihadists called the shots in the Valley, from where the virtually entire indigenous minority — the Kashmiri Pandits — were driven out in one of modern history’s most successful and swiftest ethnic-cleansing operations. Even if India had maintained J&K’s special constitutional status, Pakistan would have continued its low-intensity asymmetric warfare. After all, Pakistan is a revisionist state that seeks to redraw borders in blood. Three decades of a Pakistan-backed Islamist insurrection in the Kashmir Valley made the status quo no longer sustainable. However, the incidents of terrorism have reduced since J&K’s special powers and privileges were revoked, Ladakh was carved out as a separate entity, and the misogynist Article 35A was repealed.

J&K’s integration was necessary because of three reasons:

Lack of economic development. Financial integration was necessary. The state institutions had collapsed.
Electoral malpractices. It is often alleged that manipulation of votes in the 80s was the trigger of militancy. So, the Election Commission and other agencies need to be brought in.
Corrupt State administration. Delivery of the services has always been hit by the corrupt state government officials. Therefore, it needs a greater check by the Centre.
Historically, Article 370 (and the far less discussed, but equally significant, Article 371 that makes special provisions for many other states and regions) was adopted and implemented to balance the federal institutions with strong central powers. But the leaders in Kashmir kept exclusive, toying with the autonomy in the guise of federalism. The successive governments made politics out of the geographical proximity to revisionist Pakistan. Instead of setting its own house in order, Pakistan was always tempting the Muslim-dominated Valley with several moons. On the other hand, India kept hoping in vain for pragmatism to prevail upon the leaders stoking communal passion.

Written against the backdrop of Partition, India’s Constitution had adopted federalism that strove to strike a delicate balance between unitary and federal systems. The framers of India’s constitution had to negotiate two diametrically opposite irreconcilable schools of thought while designing the contours of India’s federal system. On the one hand, the imperative for a strong central government that could pursue the task of nation-building and democratic consolidation could not be emphasized enough. At the same time, there was the recognition that India’s diversity of language, region, and religion, a diversity that constituted India’s national identity, could only be preserved through accommodation of local institutions. However, Kashmir got away with two flags, two PMs and several other twos almost refusing to coexist with the rest of the country. So much so that even the instrument of accession signed by Maharaja Hari Singh, the then ruler of J&K, was questioned by the self-styled champions of global peace, casting aspersions to the legality of its integration with India. Now, the youth have begun to yearn for change and break from the blood-stained past. No revolution can sustain starvation and poverty. Even the regional parties, who had begun to serve as a political check against the Delhi’s centralizing instincts since the 1990s, came out in support of the abrogation of Article 370. In doing so, they have legitimized the argument that Kashmir needs development more than Article 370. Kashmir is now firmly on the path to Indianisation and may well be inching toward transformation into a model rather than an alienated state.