Change in J&K status beneficial to all 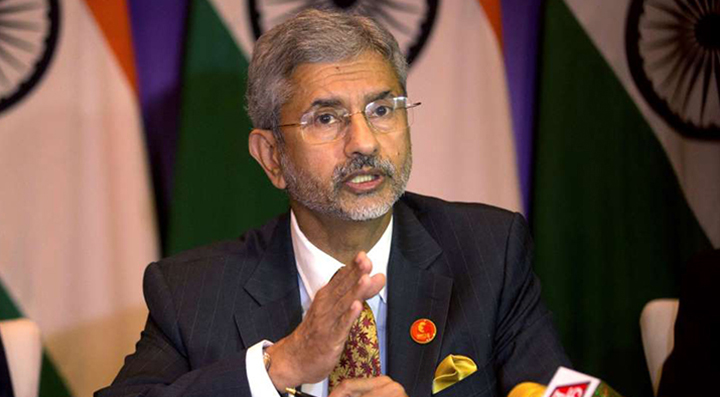 Article 370 was acknowledged by the Indian constitution as "temporary”. 70 years is a long definition of that term.

The Modi government’s revocation of the state’s special status will make a positive impact.
The Indian parliament passed legislation last month (August) changing the status of the state of Jammu and Kashmir, modifying provisions that have been an obstacle to economic development and promoted a sense of separatism.

Critics have highlighted these steps as a departure from recent history, and precautionary measures intended to facilitate the transition have also become a subject of debate. These issues are best addressed by laying out the Indian government’s reasons for the new approach.

The anachronistic provision that governed Kashmir — Article 370 — was explicitly acknowledged by the Indian constitution as "temporary”. By any standards, 70 years is a long definition of that term. The reason why it is being changed now lies in why the situation lasted so long. The earlier provision created a cosy arrangement of local ownerships that served the state’s political elite well. But it denied economic opportunities and social gains for the masses. The resulting separatist sentiments in some quarters were then exploited by neighbouring Pakistan to conduct cross-border terrorism.

For many years, this underlying reality was ignored. That era has now ended as Prime Minister Narendra Modi addresses this challenge decisively in his quest for better governance and speedier development.

Parliament’s changes to Jammu and Kashmir’s status are constitutionally proper and received support beyond the ruling Bharatiya Janata Party and its allies as it was passed by a two-thirds majority. It reflects a larger consensus on the need for drastic reform. The old, temporary Article 370 prevented the application of most national legislation to the province without the consent of local politicians. This artificially raised the costs of doing business there: local ownership rules discouraged outside investment.

Although the central government spent 10 times more on the average resident of the province than in the rest of the country, that investment did not show up on the ground. Infrastructure projects slowed down amid concerns about irregularities in public finance. Recent reports of corruption in banking and recruitment underlined this situation. Residents have had to seek education, medical access and employment in other provinces.

The inability to apply national laws has led to the denial of socio-economic justice. State laws did not give women equal rights on property and prevented child protection programmes. They rejected affirmative action that was practised in the rest of India. Domestic violence laws, female representation in local bodies and the right to education were all kept at bay. Discrimination against refugees was open.

A provision intended to provide temporary comfort to the process of aligning with the rest of the nation was misused for many years. By doing so, it encouraged links between separatist politicians and terrorist groups sponsored by Pakistan.

As minorities were driven out of the state in their thousands, this polarised environment was exploited politically. During the past decades, thousands of people lost their lives due to terrorist attacks.

The Modi government had to choose between continuing with the old policy or pursuing progress and modernity by changing the region’s legal status. That it has chosen the bolder and better option should be applauded, not criticised.

The legislative changes have not altered India’s external boundaries or the "line of control” that delineates the territory under the control of India and Pakistan. The changes are entirely domestic. As they make a positive impact on the lives of the people, the justification for cross-border terrorism will become even more untenable.

The boundaries of Indian states have been reorganised 14 times since independence. What has now happened in respect to Jammu and Kashmir is the norm, not an aberration.

Mr Modi is addressing a range of social, economic and political challenges in order to advance his country. In the past year, the prime minister’s initiatives have tackled gender discrimination, climate change and river pollution. He is working to spread digital access, improve skills, boost start-ups, manufacturing, generate jobs and embrace technology. His policy towards Jammu and Kashmir is fully in consonance with his vision of a new and modern India.

India is a democratic society with robust parliamentary practices. This is a well-intended change designed to improve daily lives and create more opportunities. If it requires precautionary measures, other nations who have faced their own challenges of social justice and national unity will surely understand. Such precautions are always temporary in a democratic polity.

There is a new reality in the making in Jammu and Kashmir. It is driven by economic development, social progress and gender justice. Its future is based on freedom from intimidation and fear of terrorists. Those who identify with these goals will surely welcome the change.