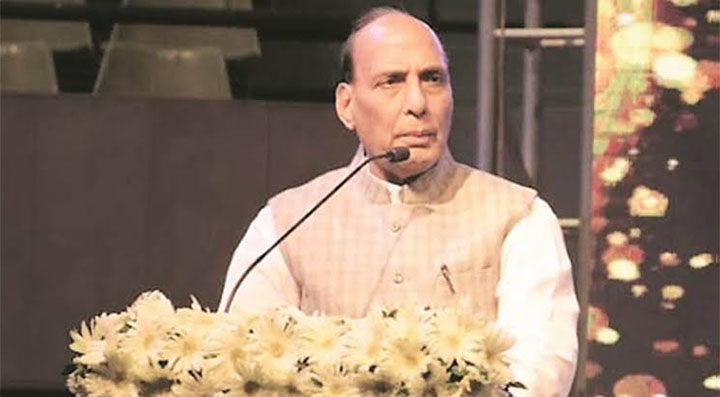 India’s Defence Minister Rajnath Singh has said the decision taken by the government to nullify Article 370 and creating two Union Territories in Jammu & Kashmir and Ladakh has ended the discrimination faced by the people during the last 70 years. Addressing the annual general body meeting of the Institute of Defence Studies and Analyses (IDSA) in New Delhi, Rajnath Singh said the groundwork towards a permanent solution for this issue has been laid during the first term of the government led by Prime Minister Narendra Modi. The decision will have some effects, he added, saying that the neighbouring country is not happy and it will try to disturb peace. Our Armed Forces have accepted the security challenge and are fully prepared to meet any threats.

Rajnath Singh urged IDSA to carry out careful, meaningful and five-dimensional analysis as new threats emerged in cyber and space domains in addition to the traditional threats from land, air and sea. He also suggested that IDSA can study and speed up processes of import of defence merchandise.

Singh said the government adopted neighbourhood first policy which treats countries sharing land as well as maritime boundary with India as our neighbours. It was reflected by Prime Minister Modi’s first visit abroad in his second term to Maldives and Defence Minister’s visit to Mozambique.

Earlier, Singh was unanimously elected President of IDSA by its Executive Council. Sujan R. Chinoy, Director General, IDSA, welcomed the Defence Minister and briefed him on the role and functions of IDSA. Singh planted a sapling at the IDSA premises in the presence of scholars and members of IDSA.