Partisan politics must not affect the Kashmir challenge 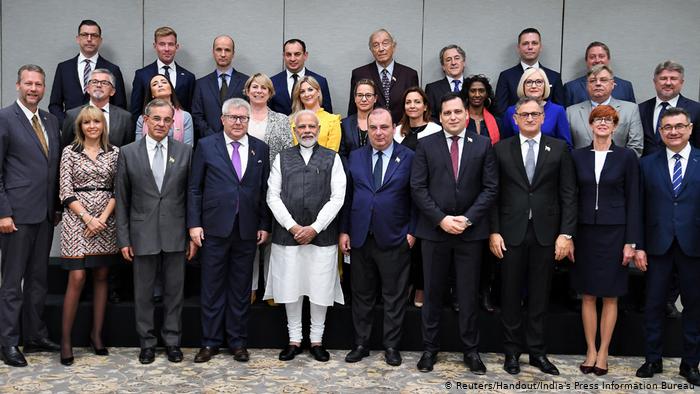 The manner in which the opposition and media circles have run down the visit of members of the European Parliament (MEPs) to Kashmir shows once again how we can be our worst enemies. Already, unbridled domestic criticism of changes in Jammu and Kashmir (J&K) has provided abundant ammunition to anti-Indian and human rights groups abroad to castigate the Modi government.

If the opposition cannot mute its criticism because of its external fallout, any responsible position should integrate the external dimension of an enduring national problem which involves claims on our territory, occupation of parts of it, armed conflict, externally-sponsored terrorism, and Islamisation. If the Kashmir situation had been steadily improving, with terrorism and separatism largely under control, Kashmiri politicians working at ground level to align J&K more closely with the national mainstream, preserving Sufi traditions, removing invidious social laws, developing all regions equitably, no constitutional change might have been needed. In reality, the Kashmir situation has steadily deteriorated, with ethnic cleansing, jihadi mayhem, organised stone-pelting, locals interfering with security operations, terrorists being treated as martyrs and throngs attending their funerals. A case for a surgical act to stop this national hemorrhage had become strong, with the security situation around India worsening with deepening geopolitical collaboration between China and Pakistan represented by the China-Pakistan Economic Corridor through PoK and Taliban’s resurgence in Afghanistan midwifed by Pakistan. The opposition should not ignore these mounting regional geo-strategic pressures.

Most arguments against the MEPs’ visit have little merit. If the visit of a foreign delegation internationalises the J&K issue, then whatever our permanent representatives in New York and Geneva do to explain our case to UN member-states and blunt Pakistan’s campaign in the Human Rights Council, the foreign secretary’s briefing to foreign ambassadors in Delhi immediately after Article 370’s nullification, PM Narendra Modi’s exchanges with the UN Secretary General and various international leaders, including, most recently, German Chancellor Angela Merkel on the subject, external affairs minister’s several foreign visits and interaction with US think tanks to give the right perspective on the government’s decision, and our ambassador in Washington briefing US Congressmen on the issue (eliciting a very positive statement by the co-chairman of the India Caucus), would all amount to internationalising the Kashmir issue. Are the critics suggesting that we cease all international engagement on our internal decision on Article 370 because not doing it would internationalise it? Why not extend this argument to all our internal decisions on the economy, trade, environment and climate change issues? The shabby way in which the democratically elected MEPs have been treated in India, denigrating them as belonging to the far Right, pro-Nazi, anti-immigration and, therefore, anti-Islamic was diplomatically most regrettable, as it was done to destroy their credibility because of opposition fears that they may bolster the Modi government’s claim that a degree of normalcy was returning to the Valley, implicitly justifying the government’s step and blunting the Opposition’s campaign against it.

That the delegation counted for little because it was unofficial and did not represent national governments is an uninformed view. Inviting an official delegation would have actually given a handle to a foreign government to officially meddle in Kashmir, and would have internationalised the issue much more. If we had to project that the human rights campaign against us with allegations of genocide, complete lockdown of eight million Kashmiris, and lack of access to medical aid was false, engineering a foreign visit without using official channels is a well- established practice. So much of the Track-2 and Track 1.5 in which opinion-makers, including sitting Members of Parliament (MPs) participate, is done through non-governmental organisations.

The view that the MEPs visit should have happened later in time with a better selection of MPs is questionable, as the purpose was not to invite those censorious but those who oppose terrorism and Pakistan’s sponsorship of it. This first visit will not change the narrative abroad fostered by entrenched anti-Indian liberal Left lobbies drawing on similar lobbies in India who feel distressed by Modi’s success on any front.

That Indian MPs should have been first allowed to visit Kashmir is a specious argument. The opposition MPs, who have strongly condemned the constitutional changes in J&K, are determined to do politics on the issue. Their demand to visit Kashmir would be to get more ammunition to denounce the government’s decision and highlight the grievances of those Kashmiris opposed to it. The MEPs’ visit was not to go into the constitutional and political issues involved, but was limited to assessing the human rights situation and the terrorism issue.

Is the Opposition aligned with international human rights organisations, the liberal Western press, and some US Congressional leaders attacking India on Kashmir? Do they need more on-the-spot confirmation of Pakistan-sponsored terrorism and human rights violations in J&K? Will India’s secular democracy get a boost if we invited the pro-Islamist US Congresswoman Ilhan Omar and Jeremy Corbyn’s cronies to Kashmir?

Let us meet a national challenge collectively, without subjecting it to partisan domestic politics.