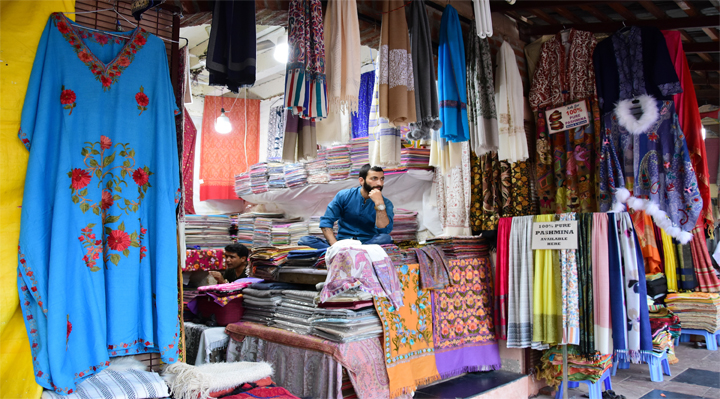 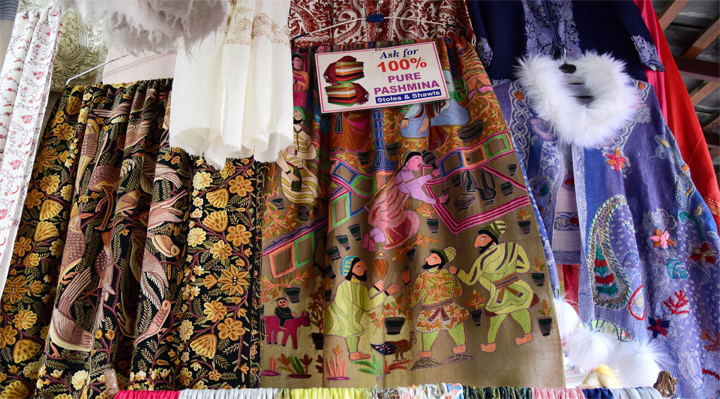 15 days showcase their work and tradition 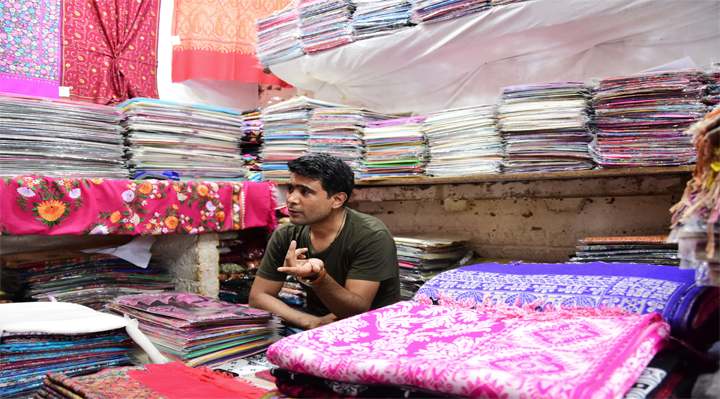 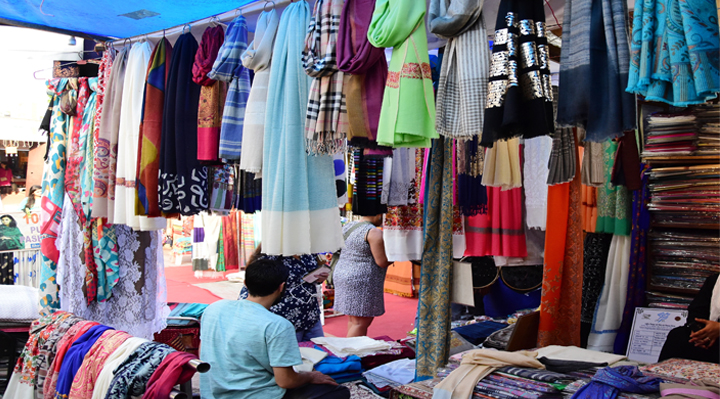 How an average Kashmiri spends his time and stays in full esteem amidst the gunshots can be understood and felt well by studying the life of a common Kashmiri like Bilal Khan.Jyoti Singh caught up with some visiting artisans who are selling pashmina shawls and other typical Kashmiri stuff at Delhi’s upmarket Dilli Haat.

A tall and fair man, Bilal who is wearing a traditional ‘Kurta-Pajama’ is sitting at his stall with his family, selling traditional Pashmina Shawls at Dilli Haat in New Delhi. Khan and his family came to Delhi to showcase their work and tradition. They are on 15 days tour to Delhi and during this period they will interact with people and sell their goods to earn a livelihood for their family.

Being an artisan, Bilal’s livelihood depends on traditional handicraft work. They typically do three types of stitching while making a shawl - the needle stitching, aari stitching and kaani weaving. The kaani weaving clothes are very precious and costly. The Kashmiri artisans normally do not showcase it in their stalls.

While talking about his work, Khan seemed to be a bit nervous and scared, because being new to the city, Khan prefers talking to people very cautiously due to changed circumstances back home. Khan family came to Delhi after the revocation of Article 370 which gave the then state of Jammu and Kashmir a special status within the Union of India. It was but natural for Khan to be disturbed. During the discussion, when Khan was asked about the revocation of Article 370 and 35(a), he said, “The people of Kashmir do not have problem with the abrogation of Article 370 but they do have problem with the abrogation of 35(a), because Article 35(a) took their special status back.”

Earlier, Kashmir was ruled by different rulers but when the Britishers came to India, they annexed it in an Anglo-Sikh War and turned it into a princely state and sold it to Raja Ghulab Singh, who was the founder of the Dogra dynasty. After India’s independence, the Jammu and Kashmir ruler initially toyed with the idea of becoming a separate nation. However, once Pakistani troops dressed as Kabailis invaded Kashmir and occupied a large part of the land, a perturbed Maharaja Hari Singh signed the Instrument of Accession on October 26, 1947, and merged Jammu and Kashmir with the Union of India. The Indian Government interfered in the matter and took action which stopped further invasion. The Indian Government then implement Article 370 and Article 35(a) in Kashmir that gave a special status to it. But in the year 2019, the federal government revoked both the Articles. After revocation, the Kashmiris started feeling a bit uncomfortable while talking to any non-Kashmiri, because they (Kashmiris) fear being misunderstood.

Even, when Khan was explaining his work to the customers, tension was writ large on his face. When he was asked what a Kashmiri expects from the government, Khan said, “Article 35(a) was right for the status of Kashmir and the government should give it back to the people of Kashmir.” He also said after the revocation, Kashmiri artisans are facing slight loss in their business, not only in Delhi or other states but also in Kashmir.

Sajid is another artisan from Kashmir. He has been living in Delhi for the last 15 years. According to him, business loss can be resolved, but resolving the issues of people will be a bit harder for the government. He clearly said that people of Kashmir do not want anything except the “love, care and support” from the government.

As terrorism escalated in Kashmir over the years, people outside made a perception regarding the Kashmiris that they might be of violent character. However, it is not so. In fact, an average Kashmiri is of humble nature and hard-working, said Sajid.

Terrorism started in this divine land of Kashmir in the late 80’s and early 90’s. This brought huge chaos among the people of Kashmir. The manner the minority Kashmiri Pandits (Hindus) were targeted and forced to leave their motherland caused hatred and it divided people who used to coexist peacefully earlier.

Likewise, Avinash Bhatt, another Kashmiri Pundit, migrated to Delhi 30 years back. He felt very disheartened and helpless when no government official came forward in their support when they were driven out of the Valley. But the revocation has brought in a ray of hope in his heart and that of his family. While speaking his heart out, Bhatt mentions that he hopes that the government will soon listen to their demands and give all Kashmiri Pandits a part of the land in Kashmir, where they can live and start their business.

Starting life anew for likes of Bhatt in Kashmir may not be easy, but the process of getting willing Pandits back to the beautiful Kashmir Valley is bound to start sometime soon. Once that happens and peace returns, the Valley will once again become what the Mughal Emperor Jahangir had once said about Kashmir, "Gar firdaus, ruhe zamin ast, hamin asto,hamin asto, hamin ast" (If there is ever a heaven on earth, it's here, it's here, it's here).