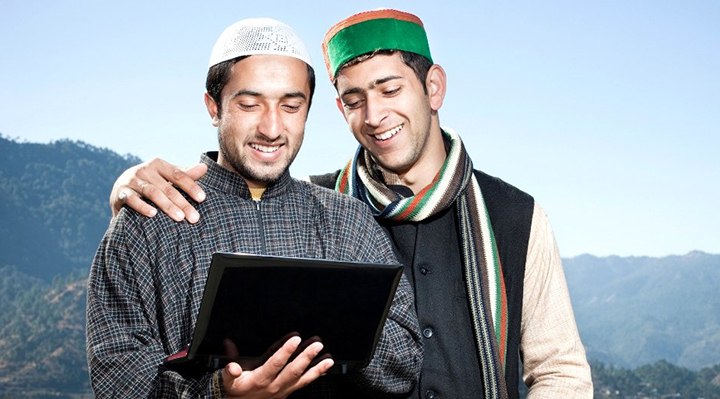 Following ethnical cleansing that forced Kashmiri Pandits to flee from their homeland, hotelier Sandeep Chattoo and his friend Shamim Mehraj have set an example about how Hindu-Muslim co-existence is still possible in the Kashmir Valley. A Kashmiri Muslim and a Kashmiri Pundit came together to sow a seed that would give hope and joy to thousands of people in the valley. Chatto, a hotelier by profession, is also the co-owner of Real Kashmir Football Club — a club that has broken all kinds of stereotypes since it was founded three years back. “This is perhaps the rarest permutation combinations of ownership with a Muslim and a Pandit at the helm,” he says with a hint of pride. For the nescient, Chattoo, a Pundit, founded a football club in the valley, with his Muslim friend Shamim Mehraj a few years back. “As you must have read, after the 2014 floods, Shamim and I just thought of doing something for the young kids who we could see sitting on streets, smoking, doing nothing. We gave footballs to these kids and after a week, we saw hundreds of these small kids playing on small grounds which confirmed that there was an interest in football in them,” recalls Chattoo.