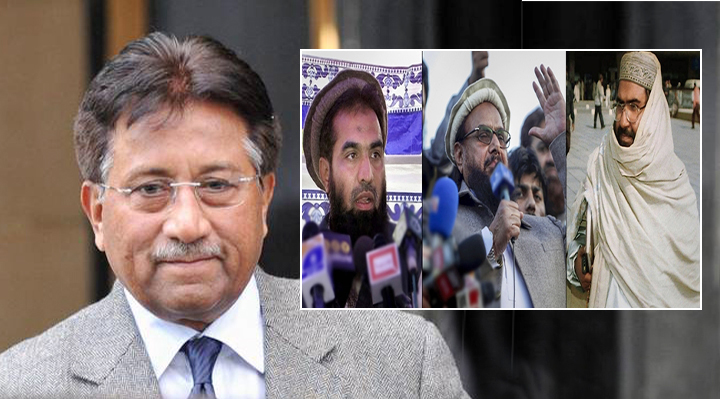 No facade of sobriety or statesmanship can conceal the ugly face of a dictator immersed in hatching nasty designs. This is what has come to light with the shocking revelation of the self-exiled former military dictator Parvez Musharraf's confession that Kashmiris were indeed trained in Pakistan to fight the Indian Army and destabilise India.

In a video shared by a Pakistan People's Party (PPP) politician, Farahtullah Babar, the former Pakistan President can be clearly heard eulogising terrorism and calling terrorists as 'heroes' or Haqqani and Osama. Nothing can be nastier than a premier of a sovereign country brazenly boasting of having sponsored terrorism to disturb the peace and tranquility of a peaceful neighbour like India.

In an undated video shared on Wednesday by opposition politician Farahtullah Babar of the Pakistan People’s Party (PPP) on Twitter, the self-exiled former military dictator can be heard saying, “We introduced religious militancy in Afghanistan in 1979 to benefit Pakistan and drive out the Soviets from there. Mujahideens were brought from all over the world by us; we trained them and supplied weapons to them. they were our heroes. Haqqani and bin Laden were our heroes. However, today is a different environment and heroes have turned into villains.”

The truth that Pakistan is an epicentre of terrorism is not a revelation, what is shocking is the brazenness of a former premier confessing admitting that he got Kashmiris trained to carry out terrorist operations in India.

There is no doubt to the fact that Pakistan has been training terrorists and giving them a safe haven to fuel terrorism in India, especially Jammu and Kashmir. It has been revealed on multiple occasions that all across the world and it had a direct hand in all the major terror attacks in India. In other words, Pakistan is ground zero for the terrorist threat the world faces presently.

The world has seen the terrorist face of Pakistan many times in the past. Osama bin Laden's killing in Abbottabad established that Pakistan is the global face of terror and it was sheltering the world's most-wanted terrorist. 2008 Mumbai terror attacks, Pathankot attack, Uri attack, Pulwama attack and many more such attacks on the India soil have exposed the notorious agenda of Pakistan against New Delhi.

This is not only what India has been claiming but many Pakistani leaders have vindicated New Delhi's claims with their statements in the past. Pakistani prime minister Imran Khan, during his visit to the US in July 2019, had admitted that about 30,000-40,000 militants, who have been trained and fought in some part of Afghanistan or Kashmir, were active in Pakistan.