Canada should side with India on the Kashmir issue 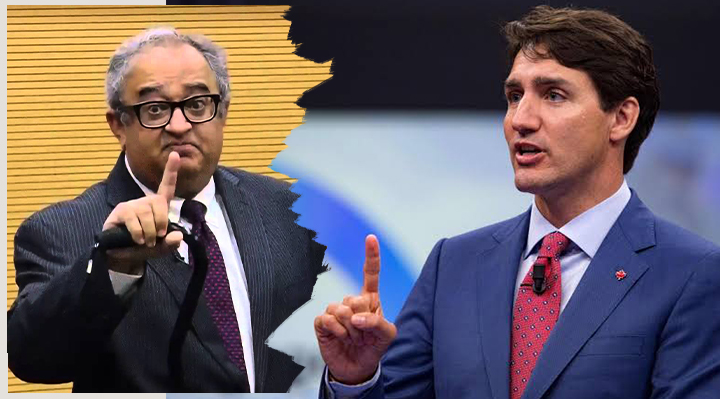 If crude nuclear sabre-rattling at UN was not enough, one of Imran Khan’s war mongering ministers threatened to launch missiles at any country siding with India

To mark the 30th anniversary of the fall of the Berlin Wall on Nov 11, the former leader of the Soviet Union, Mikhail Gorbachev warned that ongoing tensions among nuclear weapon-owning countries have put the world at “colossal” risk.

While the aging Gorbachev focused his attention on the tensions between U.S. and Russia, insisting that the two countries remained in a “chilly war,” 10 scientists from the Bulletin of the Atomic Scientists agreed on Oct. 31 that the world did face a nuclear calamity. However, they said the danger of such a war was elsewhere — between India and Pakistan.

The scientists wrote that the direct effects of a nuclear exchange between India and Pakistan would kill 50 to 125 million: “The ramifications for Indian and Pakistani society would be major and long lasting…. But the climatic effects of the smoke produced by an India-Pakistan nuclear war would not be confined to the subcontinent, or even to Asia. Those effects would be enormous and global in scope.”

And if we in Canada feel such a calamity will not interrupt our hockey or baseball games, the Atomic Scientists conclude that “A nuclear winter would halt agriculture around the world and produce famine for billions of people.”

And before someone says we must limit immigration to keep third world problems from creeping into our borders, let me remind them:

Firstly, we do not live in a Ziploc bag where we can lock-in the freshness.

Secondly, radiation and nuclear clouds need no visas to travel from the Himalayas to the Rockies.

The threat of nuclear war was first raised by Pakistan’s Prime Minister Imran Khan at the UN General Assembly, where he threatened India and the World: “If a conventional war starts between the two countries … anything could happen. But supposing a country [Pakistan] seven times smaller than its neighbour [India] is faced with the choice either you surrender, or you fight for your freedom till death? “What will we do? I ask myself this question … and we will fight … and when a nuclear-armed country fights to the end, it will have consequences far beyond the borders.”

And if such crude nuclear sabre-rattling at the UN was not enough, Imran Khan’s war mongering ministers kept raising the ante. One of them threatened to launch missiles at any country siding with India. “If tensions with India rises on Kashmir, Pakistan will be compelled to go to war. Hence, those countries backing India, and not Pakistan, (over Kashmir) will be considered as our enemy and a missile will be fired at India and those nations supporting it,” said the Minister for Kashmir affairs.

During the Cold War, the concept of MAD — Mutually Assured Destruction — kept the Warsaw Pact and NATO from being flippant about making nuclear threats. But the Pakistan factor and its “Islamic Bomb” throws a curveball few strategists in the West understand.

While the rest of the world — from atheists to Catholics; Hindus to Jews and millions in between — strive to make the most of the gift of life, too many Muslim children are indoctrinated to believe that life begins after death, and that the earth is a mere transit lounge where the eradication of Hindustan and Hindus is a sacred duty of the Muslims of the Indian Subcontinent as outlined in the prophesized “Ghazwa-e-Hind” (the duty to carry out the Prophet’s war on India).

Silly as it may sound to the Western reader, no Islamic leader has as yet denounced this upcoming war to end all of civilization.

Pakistan has now joined hands with Turkey and Malaysia to form a Muslim nationalist entente of men in suits outside the Saudi or Iranian spheres of influence. Canada should be on the side of India in this war of civilizations centred around Kashmir.