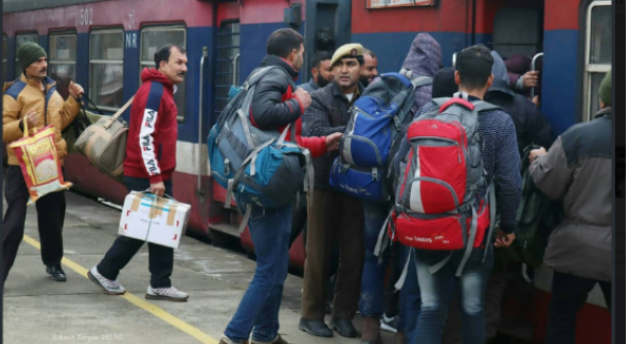 Train passenger services in the Kashmir Valley resumed fully on today, November 17. The operation of trains resumed three and a half months after they were stopped post the scrapping of provisions of Article 370 in Jammu and Kashmir. The train passed through Srinagar station and the stations in South Kashmir before reaching Banihal. There was only one run scheduled for Sunday. The train would make two runs on a daily basis from Monday. Before starting the actual operation, the railway authorities conducted two trial runs of the service yesterday and then another trial run today morning. A big rush of passengers was seen at Srinagar Railway station where they were waiting to board the train.

On the other hand, the weekly flea market in the Valley witnessed a huge rush of customers. The shops remained open around noon. Mini-buses, cabs, auto-rickshaws, and other private transport have also started plying unhindered on some routes in the Valley.