Life discovers a new meaning in the Valley 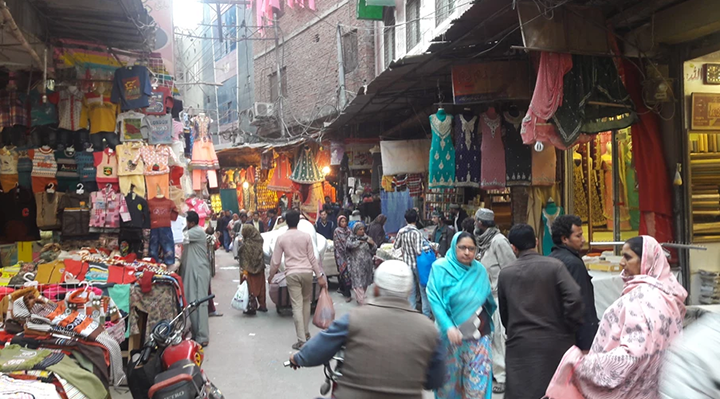 People are looking at open skies and breathing into fresh breeze of equality, freedom and opportunity in Kashmir, finds out Anurag Gangal, professor of Political Science at Jammu University

Kashmir is coming back to its rails after the historic announcement of August 5, 2019, leading to the abrogation of Article 370 and the formation of two Union Territories of Ladakh, and Jammu and Kashmir. Schools, colleges and universities are running regularly. Students and youth are studying, going for shopping and movies too. Dal is alive despite ushering in of winter.

Lieutenant Governor of Jammu and Kashmir, Girish Chandra Murmu, has announced that elections to Assembly of this newly formed Union Territory would be held soon. All preparations to this effect have begun. J&K Assembly will have 114 seats (including 24 seats for Indian Kashmir usurped by Pakistani Kabailie raiders in 1947-48). There will be seven seats more (after delimitation) than what it was before October 31, 2019. There will be reservation for scheduled castes. Women will also be represented in the Assembly. Jammu and Kashmir UT will also have five and Ladakh one Lok Sabha seats. Jammu region will be better represented now.

Jammu and Kashmir Political Movement (Independent), a new political party, came to the fore on August 5 itself. Peerzada Sayeed - former lecturer in a college and Editor of a monthly magazine Watan ki Pehchan - is the president of the party. He calls his party a nationalist party of India for representing “people from all walks of life”. Other major political parties for the ensuing elections are Bharatiya Janata Party and Panthers Party. There is a likelihood that National Conference, Peoples Democratic Party and the Indian National Congress may boycott the elections. Yes, Bahujan Samaj Party will also fight elections.

Indeed. Apart from oncoming of elections, the formation of UT has brought in several other murmurings amidst people of J&K. Removal of special citizenship of state subjects, opening up of property markets for every Indian citizen, expansion of right to vote to every Indian citizen living in J&K, equal economic and employment rights to all and near complete end to corruption and commissioning agents in the J&K etc. have created varied doubts in the minds of local inhabitants with vested interests.

Alongside these fears, there is optimism and brightness too in the hearts and minds of people here. They are looking forward expectantly for more opportunities and avenues for meaningful employment, business ventures, better transport, tourism development and better world class institutions and health facilities.

What people notice in Jammu and Kashmir is that at least every day 10 to 15 human killings, mainly at the hands of Pak-sponsored terrorism, have stopped but for a few occasional exceptions resulting from frustration of terror infiltrators. No blood bath is there. Children and women are feeling much safer. Yes, people in Kashmir want lifting away of all restrictions; and in Jammu, people want complete normalcy of business and Internet as well. Otherwise, people here are living a normal and happy peaceful life with no bomb, AK 47 and grenade attacks.

The best part of Union Territory status of J&K and removal of Article 370 is oncoming of an open thinking style instead of the erstwhile closed way of life and livelihood. People of J&K have begun to think in terms of the entire Indian nation. Earlier they would never like to go out of the State either for marriage, job, promotion or entrepreneurship. This trend is now changing though very slowly. They know it now Pakistan has no legitimate claims on J&K. Entire Kashmir – including Kashmir on Pakistani side; and Gilgit-Baltistan – all belong to India.

Terrorists coming from the other side also know that they will not succeed now onwards. All this was fully missing in earlier years. People are looking at open skies and breathing into the fresh breeze of equality, freedom and opportunity. The frills of fear of terror are vanishing and the Indian flag is fluttering high everywhere. Tourists are thronging Kashmir – a new revival of its pure waters and beauty is flourishing in Srinagar, Gulmarg and elsewhere. No doubt, security forces are there in sensitive areas to protect Indian citizens. This protection is a must for preservation of beauty and security of J&K.