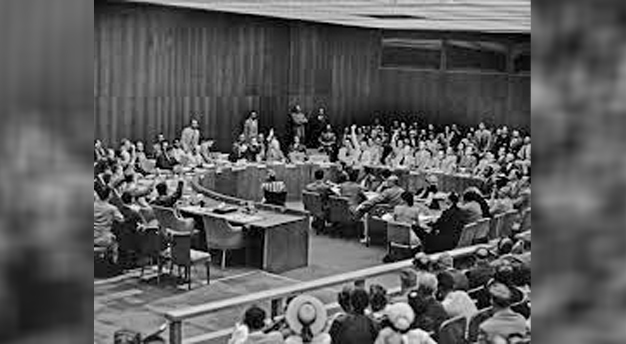 Having heard statements on the situation in Kashmir from representatives of the Governments of India and Pakistan; Recognising the urgency of the situation. Taking note of the telegram addressed on 6 January by its President to each of the parties and of their replies thereto; and in which they affirmed their intention to conform to the Charter of the United Nations.

1. Calls upon both the Government of India and the Government of Pakistan to take immediately all measures within their power (including public appeals to their people) calculated to improve the situation, and to refrain from making any statements and from doing or causing to be done or permitting any acts which might aggravate the situation;

2. And further requests each of those Governments to inform the Council immediately of any material change in the situation which occurs or appears to either of them to be about to occur while the matter is under consideration by the Council, and consult with the Council thereon.

The Security Council voted on this Resolution on 17-1-48 with the following result: