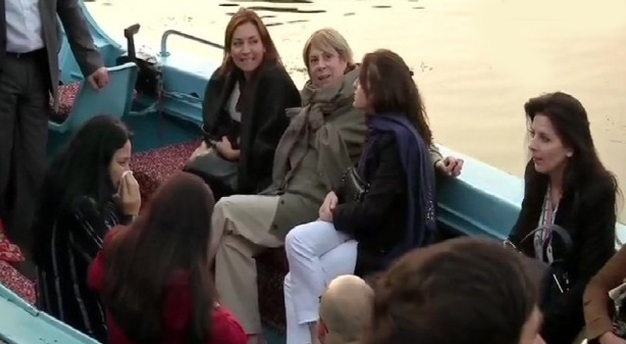 The government has been stringent so far in not allowing free access to J&K, especially the Valley because of the potential for violence

The controversy over the government's decision to allow a European Union parliamentary delegation to visit Kashmir is misplaced. The opposition should have viewed it as a sign that the situation in the Valley is coming under relative control, enough to give the authorities the confidence that they can take the risk of allowing such a visit, knowing that in the past terrorists and their mentors in Pakistan have exploited such visits to stage a terrorist attack to draw the attention of the international community to the underlying resistance in the Valley to Indian rule.

The government has been stringent so far in not allowing free access to J&K, especially the Valley because of the potential for violence. Pakistan under Imran Khan has gone berserk in accusing India of genocide in Kashmir, imprisoning eight million people in their homes and denying them medical facilities, with the Indian army raping women and taking children into custody. The anti-Indian liberal oriented lobbies abroad, especially in the US and the UK, who harbour strong prejudices against Prime Minister Narendra Modi and abhor the RSS, have been receptive to this propaganda. This has undoubtedly done some
damage to India’s image.

As a nation, and that includes the opposition, we should welcome the initial success of the government in controlling the situation in Kashmir, which has been a national problem, linked deeply to national security and sovereignty. It should not be subject to partisan politics beyond a point in its external dimension. The EU delegation is not an official one; it has not been officially invited by the government. The visit has been engineered diplomatically so that the government’s purpose is served by exposing the EU parliamentarians to the ground situation in the Valley. It was right to give precedence to this delegation over a US congressional delegation whose visit would play the Pakistani game of promoting US intervention in J&K. The EU parliament, sensitive to issues of human rights violations, frequently passes resolutions on the subject, causing political embarrassment.

The EU delegation will no doubt see that all talk of genocide is pure nonsense, movement is taking place, landlines and post-paid mobile phones are operational and, most importantly, hospitals are functioning and people have access to medicines. The situation may not be perfect but is not as dramatic as the propaganda would have it. A 27-member EU delegation seized of the actual situation would be of help in framing discussions in the EU parliament realistically. Why should the EU delegation be criticised because it consists largely of right-wing parties? There has been a notable right-wing shift in the complexion of the EU parliament, reflecting a shift in European public opinion, which India has not engineered. Why should left-wing liberals have more credibility in the eyes of our opposition? The delegation’s visit does not internationalise the Kashmir issue as some critics claim, any more than India responding vigorously to Pakistani attacks at the United Nations General Assembly. It is an educative exercise for them, a diplomatic way to correct misapprehensions created by unfounded propaganda against us by anti-Indian lobbies.

To say that the EU delegation has been allowed to visit Kashmir but not an Indian parliamentary delegation is being specious. The former has not come to do politics in Kashmir, make public speeches, insist on meeting detained leaders, assure the people that their interests would be protected from the misguided policies of the government. The opposition MPs would want to do politics, whereas the EU delegation has a very narrow focus — that of assessing the human rights situation. Would our MPs accept a guided tour of Kashmir?