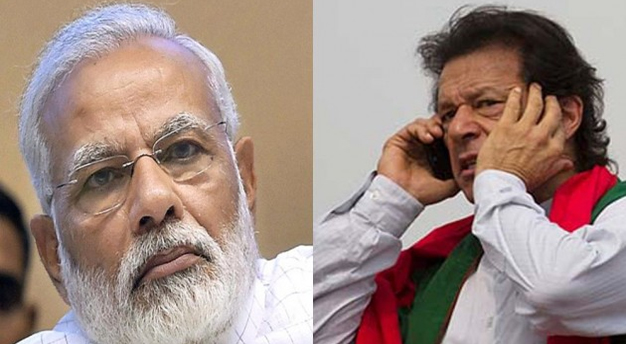 After India terminated the autonomy of Kashmir and Jammu, Pakistan reacted angrily to Prime Minister Modi's unilateral actions i

Islamabad has little clout, what with its support for terrorism and an economy one-eighth India’s size.

One of Asia’s oldest disputes reached an inflection point this week as India suddenly terminated autonomy for Jammu and Kashmir, the Muslim-majority province claimed by both India and Pakistan. The long-term implications are unclear, but one thing appears obvious already: When it comes to the seven-decade-old Kashmir conflict, Pakistan has few cards left to play.

Newly re-elected Indian Prime Minister Narendra Modi fulfilled a longstanding campaign promise by ending a constitutional provision that gave Jammu and Kashmir extra autonomy from the federal government. India has divided the state into two—Muslim majority Jammu and Kashmir and Buddhist-majority Ladakh—both of which will be ruled directly by an official New Dehli appoints. At least in theory, all Indians will now be allowed to buy property and settle in either state, as well as attend universities and fill public-sector jobs long reserved for locals.

Critics predict an upsurge in violence as disaffected Kashmiri Muslims, denied meaningful recourse at the ballot box by the state’s downgrade, take to the gun. They accuse the government of violating the rights of Kashmiris, flouting constitutional safeguards, and besmirching Indian democracy. “If we let democracy die a silent death in Kashmir, it will die a silent death in the rest of India as well,” says Shehla Rashid Shora, a Kashmiri activist, in a phone interview from Delhi.

Fearing protests, India has locked down the already heavily militarized Kashmir Valley by pouring in thousands of fresh troops, arresting leaders of local political parties, and shutting down phone services, cable TV and the internet. In a nationally televised address Thursday, Mr. Modi vowed to bring prosperity and good governance to the territories.

It’s too early to say whether the prime minister’s audacious gamble, wildly popular among his supporters and welcomed by many other Indians, will pay off. India’s Supreme Court may well declare the decision unconstitutional. But Pakistan, which has long made Kashmir a central plank of its foreign policy, lacks the wherewithal to force India’s hand. By backing jihadist groups in India and Afghanistan and neglecting its economy, Islamabad has ensured that it lacks the stature to make India take its views on board.

The Kashmir dispute dates back to the 1947 partition of British India into Muslim-majority Pakistan and Hindu-majority but officially secular India. Under the terms of Britain’s departure, native princes who ruled hundreds of nominally independent kingdoms had to choose between India and Pakistan. For the most part, these choices broke along religious lines. But in Jammu and Kashmir the Hindu ruler of a Muslim-majority kingdom, faced with an invasion by Pakistan-backed irregulars, acceded to India. In return, New Delhi promised to respect the state’s right to make its own laws in most matters. Now it has voided that agreement.

India controls 55% of the disputed territory, including the populous Kashmir Valley. Pakistan holds 30% percent and China 15%, including a part ceded to it by Pakistan. Generations of Pakistanis have grown up regarding Kashmir as “the unfinished business of Partition.” The word Pakistan, which means “land of the pure,” is an acronym in which the K stands for Kashmir. India and Pakistan have fought three wars over the territory.

Pakistan reacted angrily to India’s latest actions. It downgraded diplomatic relations, ended bilateral trade, banned Indian movies, and suspended a train service between the two countries. Prime Minister Imran Khan has promised to take his case to the United Nations and appealed Sunday to President Trump to mediate. Last month, in a press appearance with the visiting Mr. Khan, Mr. Trump claimed Mr. Modi had asked him to mediate the dispute, which New Delhi promptly denied as contrary to its policy of treating Kashmir as a bilateral dispute with Pakistan.

So far Pakistan has little to show for its efforts. The U.S., mindful of Indian sensitivities about mediation, urged “all parties to maintain peace and stability along the line of control,” the de factor border in Kashmir. China made a tepid statement about India’s act being “unacceptable” after Home Minister Amit Shah reiterated Indian claims to Chinese-controlled territory. The U.N. expressed concern about “the human rights situation in the region.”

Pakistanis who find this response underwhelming ought to blame their army. Its support for jihadist proxies has made Kashmiri separatism synonymous with Islamist extremism. Pakistan could step up that support, but at the risk of both international censure and Indian military retaliation. With its economy in the midst of an International Monetary Fund bailout—the 13th in three decades—Islamabad has limited ability to leverage its role as a facilitator for the U.S. withdrawal from Afghanistan.

Meanwhile, India’s $2.7 trillion economy, more than eight times as large as Pakistan’s, gives it international heft. The Pakistan army’s own shabby treatment of journalists, opposition leaders and ethnic movements representing the minority Baluch and Pashtuns, makes it hard for Islamabad to argue that Kashmiris will be better off in Pakistan.

In the long term, Mr. Modi’s Kashmir gamble may flounder. If it does, it will be because India foolishly forces its diversity into a Hindu nationalist straitjacket, not because of anything Pakistan does.