Q and A: Indian Foreign Minister, S. Jaishankar, on Kashmir 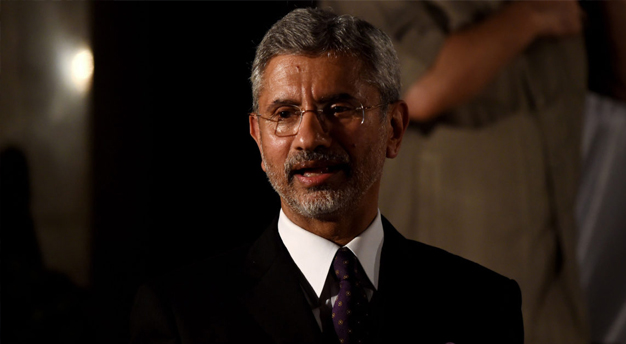 The following is a transcript of the interview, which has been redacted for the sake of brevity. You can read our news story on the interview here.


What is your reaction to Pakistani Prime Minister Imran Khan's op-ed in the New York Times in which he says there is an invitation offering Indian dialog on Kashmir?

Now, you don’t have to believe me, you look at PM Imran Khan own earlier interviews where he speaks about terrorists in his country: It’s not just us, other have had the same problem. The issue is not whether you talk or not, [but] do you talk to a person who simultaneously conducts terrorism against you, or not? Our viewpoint is that, we are happy to talk to any country, including Pakistan, provided Pakistan stops his terrorism. We think that is a completely reasonable position, and to anybody who asks us questions, we ask: What would you do? Would you talk to someone who is conducting terrorism against you?

Is there anything he would do in the short term that would make you do that? Are there any diplomatic options available to India to actually speak directly with Pakistan over Kashmir now, in the next weeks or months?

Jaishankar: Why doesn’t he begin by stopping terrorism? Now, what do I mean when I say “stopping terrorism”? Terrorism is not something that is being conducted in dark corners of Pakistan, it’s done in broad daylight, it’s done in the main cities where people are recruited, financing is raised, arms training is provided! Don’t ask me, there is enough material out there, everybody knows where these cities are, and which these groups are, how money is raised. It’s all done in broad daylight. This is something which everybody else should be worried about. Instead of saying why aren’t you talking to them, I think the question should be, so when are you going to stop terrorism?

Well, if he gives us an interview, we will ask him. I suppose, with the change of policy on Kashmir, the new policy, you must have expected that there would be some sort of response? It seems to me that India is getting quite a lot of negative feedback on this change in policy.

Jaishankar: Look, first of all, let us recognize what has changed. There was a temporary provision of the Indian Constitution. I underline temporary because I do not see this word coming often in press reporting. That temporary provision, after 70 years, has been made non-applicable. [...] Why was it temporary? Because people initially felt that the circumstances warranted much more time for what was then the princely state of Kashmir, which became the state of Jammu and Kashmir, to align itself with all the laws and regulations of India. Now, with a bit of time, my understanding of the word temporary is definitely less than 70 years. What was meant as a short-term measure extended to a point where it affected governance, where it affected development and where it created an atmosphere — you know, because of the lack of development – of separatism in some quarters, which then served as an excuse for Pakistan to practise cross-border terrorism. [...] I think the right answer is to get to the heart of the issue, and the heart of the issue is, unless you have growth, unless you have development, unless you have economic opportunities, for which a temporary provision which is an obstacle, it had to be worth it.

In what way was it an obstacle to growth and development?

Jaishankar: Well, it was an obstacle in many ways. One, it had very restrictive ownership in property and economic activity provisions, which frankly completely killed entrepreneurship and development of the state. If you look at that state, compared to other Indian states, where are the big business investments, where are the big job opportunities? I think, in this day and age, people are not willing to invest in a state where you have such restrictive conditions. What it did, is that in different ways, this kind of very protective local narrow ownership, and honestly, it is at the cost of doing business! That also discourages people from doing business in the state. In that sense, what was intended as a comfort provision in the initial phases ended up actually as an obstacle to governance and development.

Now, it wasn’t just the economic activity, you had a range of issues on which laws were passed or rules were made in India, you actually had a clause where it wouldn’t apply to that state. So you had a number of what we take today as very basic givens, [such] as equal treatment of women whether it is on property or social rights; representation of women in local governance bodies; domestic violence laws; juvenile protection laws: everything that the world would see as progressive in India in the last 20-40 years, stopped at the borders of that state.