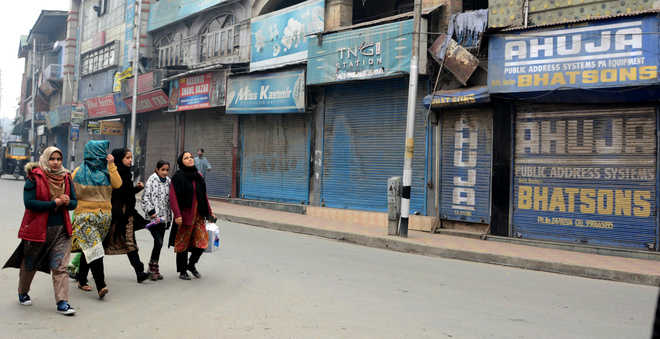 An unspecified number of persons with suspected terror links have been arrested in Kashmir for allegedly threatening local businessmen by sticking posters and impeding the restoration of normalcy in the Valley, said police officials on November 23.

The police have taken note of the incidents of putting up posters to intimidate shopkeepers and a strong action is being taken against those involved, Kashmir IGP SP Pani said.

Pani said the police were investigating such incidents and it had been established that in certain cases, “there was an active terror support” behind such incidents.

“The investigation is on. In some cases, there are active terror modules behind such incidents,” he said.