Kashmir: Never a dispute - Why "PoK" was created 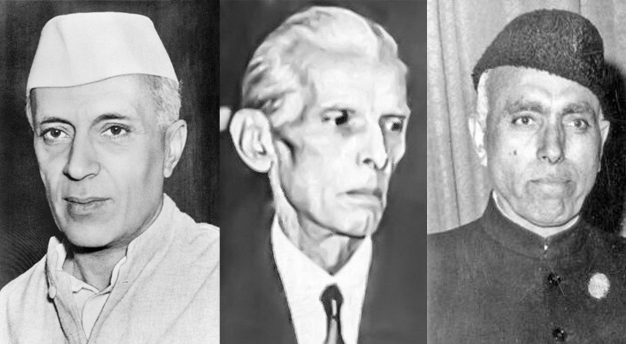 Kashmir problem was orchestrated by politicians with vested interests to suit their nefarious designs at the time of India's partition. It was nothing but a soft implementation of Sheikh Abdullah's 3-nation theory

Two nation theory had always been defunct. Even Jinnah, on record, considered it "crazy idea of a crazy mind" till 1932.
As it is well known that Kashmir belongs to India even from the times of the Ramayan, Bhagwadgita and the Aadi Shankracharya. Pakistan has never had any historical claim over Kashmir.

There appears to be a possibility of a nefarious design and a plan to make Kashmir look like a disputed land and problem-some issue for the sake of providing alms to Pakistan and political leverage to Sheikh Abdullah. Such a look to Kashmir also gave Nehru a pretext to prove his international democratic and humanitarian image and who believes in the United Nations’ institutions.

Hence, Jinnah, Nehru and Sheikh Abdullah got benefited by the creation and prolonging of Kashmir as an issue and problem. In reality, Kashmir was never a dispute and a problem.

Without there being Kashmir as a dispute or a problem between Pakistan and India, there would have not been the family of Sheikh Abdullahs as the real political stalwarts of Kashmir. Nobody would have bothered about them. They would have been a non-entity in Kashmir and Indian politics. The Kabailies attack on Kashmir and unilateral "ceasefire' by India created Pak occupied Kashmir (PoK). Otherwise, the inhabitants of PoK would never have allowed Sheikh Abdullah to create a vast vote bank in Jammu and Kashmir.

As such, it appears that a few select noted Kashmiris became the main cause of the problems and bloodbath in the region for over seven decades since 1947. Now is the time for Kashmiris to realise their own self into an incarnation of development and freedom and true democracy.

Time is ripening now for a life of dignity, self-sufficiency and standing upright -- one with entire India. It is also time to give priority to development and oneness of nationhood. Let India stand united at all costs. No compromise in this matter. Zero tolerance to those who plan to divide and destroy India.

India has always emerged very strong after every crisis since ages. It will be stronger and united in the future too.
(Author is a professor of Political Science at Jammu University)