Ministers to present govt's roadmap for J&K at 'Kashmironomics' 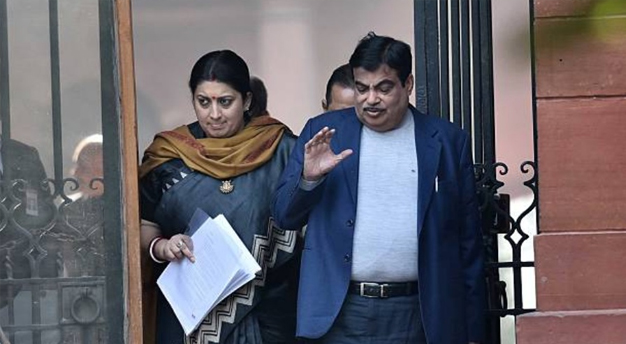 The discussions would be centred around ways to have "sustainable and balanced industrial growth with focus on employment generation".

While the much awaited investor summit planned by J&K administration and the centre is still in the works, three ministers of the union cabinet are expected to talk about the policy initiatives taken by the PM Modi government to boost investments and economy in J&K and Ladakh, on November 27.

Union minister for road transport Nitin Gadkari, Commerce and Railways minister Piyush Goyal and Textiles Minister Smriti Irani will present the government's roadmap for J&K at Kashmironomics, a forum led by former journalists Siddharth Zarabi and Aditya Raj Kaul and others. The one-day conclave aims to bring together representatives of industry, economists, social groups, government and civil society to bring prosperity to the Kashmir Valley, according to its website.

The official restructuring of the Indian state of Jammu and Kashmir as a Union territory came into effect on October 31, after the abrogation of Article 370. While there is still an internet blockade in Kashmir, last month Prime Minister Narendra Modi had said that things will be completely normal in J&K in the next four to five months.

According to the organisers, the event will have senior executives from companies such as Trident, Tata Sons, consultants from PwC, Confederation of Indian Industry, and former and present officials from government agencies related to national security and commerce.

The discussions would be centred around ways to have "sustainable and balanced industrial growth with focus on employment generation," in J&K and Ladakh, and the steps required to be taken by the government to instil confidence in private investors, an organiser said.