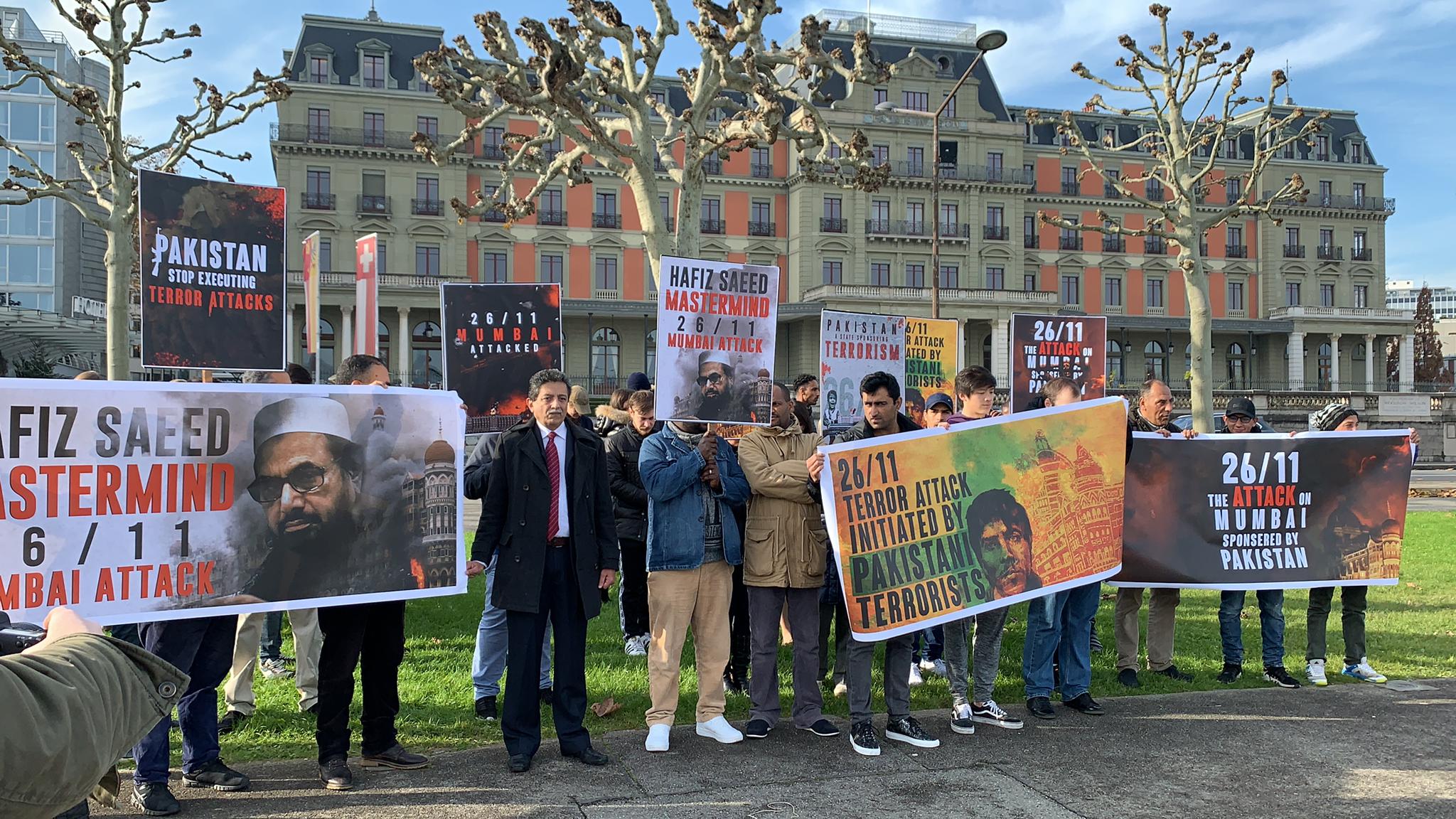 Pakistan minority protested against Pak’s involvement in Mumbai attack 2008, outside the country’s embassy in Washington

On November 26, 2019, Baloch, Sindhis, Mohajirs, Pashtuns and people of occupied Gilgit Baltistan gathered in front of Pakistan’s Embassy in Washington DC to register protest against Pakistan’s involvement in the heinous terrorist attack on Mumbai in 2008.

On November 26, 2008, Mumbai experienced one of the worst terrorist attacks in Indian history. The attackers, who were the members of Pakistan-based terrorist group Lashkar-e-Taiba, terrorized the commercial hub of India for three days killing 174 people and injuring over 300. Those killed also included 18 Indian security forces. Terrorists also attacked a Jewish cultural center and killed Americans, Mexicans and Israeli citizens. Prominent among deceased were Rabbi Gavriel Holtzberg, Rebbetzin Rivka Holtzberg and Rabbi Leibish Teitelbaum.

The world need not be reminded that Pakistan is a hub of terrorism in our modern times. As of now, the architects of Mumbai attack like Hafiz Saeed, Maulana Zakiur Rehman Lakhvi and Sufayan Zafar receive military patronage. Dr. Shakeel Afridi, who identified the hide out of 9/11 mastermind, Osama Bin Laden, is languishing in a Pakistani jail as a punishment for exposing the nexus between the Pakistani military generals and global terrorists.

These terrorists also pose grave threat to Pakistani citizens. Terrorists like Taliban have killed tens of thousands of Pashtuns and razed their homes for refusing collaboration. Terrorists belonging to Lashkar-e-Islami have killed thousands of Baloch for promoting inter-faith harmony and secularism. The same military-sponsored terrorists have killed more than 23,000 Shias in last five decades after declaring them heretic. The Mohajirs of Sindh have become victims of target killings and bomb blasts for exposing terrorist hideouts in their cities including those belonging to Afghan Taliban.

To the dismay of many, the strength of these terrorist organizations continue to grow as military tightens its grip on Pakistan’s institutions. This also means that the victims of Pakistan based terror networks need to stand united and continue their mission of exposing the Islamist agenda. With this thought, the participants of this protest pay homage to all those deceased during the attack on Mumbai and express the desire to support US and Indian efforts to eradicate terrorism. We urge the US State Department to work closely with its Indian counterpart to help make South Asia a better safer place for all.