The many faces of Pakistani Punjab’s militancy 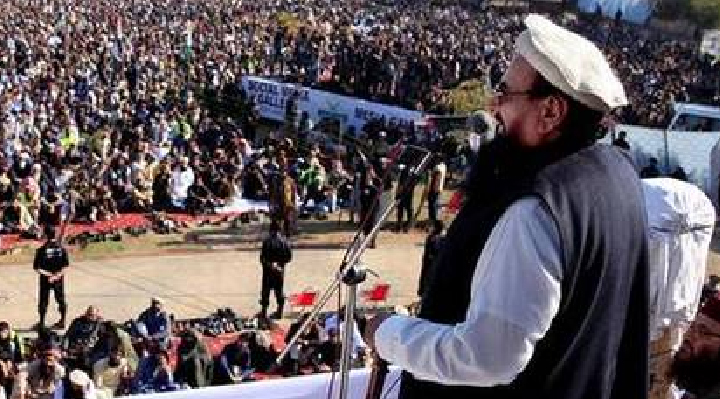 The U.S. Congress’s just-released ‘Country Reports on Terrorism’ for 2018 has mentioned that Pakistan failed to “significantly limit” Punjab-based militant outfits like the Lashkar-e-Taiba (LeT) and the Jaish-e-Mohammed (JeM). Earlier, in September, speaking in Torkham, Pakistan Prime Minister Imran Khan had warned his countrymen against going to India to fight jihad, stating that such actions would amount to doing “injustice to Kashmiris”. Coming at the height of the war of words between the two countries, the statement was a rare admission by a Pakistani leader that infiltration from that side of the 740-km Line of Control, as well as the international border in Punjab, is a fact.

Over the years, most of the Pakistani militants who crossed the border, and were caught by Indian security personnel, had one element in common — they were all from the Punjab province. Contemporary discussions on extremism originating from the province are mostly framed around the Pakistani military’s support to these extremist groups. However, there are many other variables rooted in the Pakistani Punjab’s society that also need to be understood.

The dominant province
Punjab overshadows other provinces in Pakistan primarily due to its size, resources and representation in elite institutions. It can be broken into three broad sub-cultural units: the Punjabi-speaking eastern and central Punjab; the Pothwari-speaking northern Punjab that includes Rawalpindi and Islamabad; and the Saraiki-speaking southern Punjab.

Eastern and central Punjab is linguistically akin to the Indian Punjab. The Kartarpur Corridor falls in this zone. Many of the residents there belong to families who had migrated from India during Partition. They are mostly settled in Lahore, Sialkot, Lyallpur (Faisalabad), Montgomery (Sahiwal) and Gujranwala. In his seminal book Pakistan: A Modern History, British historian Ian Talbot wrote, citing Pakistani academic Mohammad Waseem, that “the five million migrants [from the Indian side of the border] have both provided a major support for Islamist parties and shaped the Punjab province’s strong anti-India and pro-Kashmiri leanings.”


In addition, a less-acknowledged fact in Partition studies is the massive outflow of Muslims from the plains of J&K, mostly the southern part i.e. Jammu, in 1947. The extent of that migration can be gauged from the changes in Census data. Jammu district’s Muslim population, which was 37% in 1941, came down to about 10% in 1961.

According to the 1948 West Punjab Refugees Census, the number of Muslims who migrated from J&K, most of them from Jammu, was 2,02,600, the highest outside east Punjab. Muslims from Jammu plains mostly settled in areas around Sialkot and Lahore.

These past events, along with the constant turbulence in J&K’s politics, are selectively interpreted by Punjab-based, Kashmir-centric terrorist outfits to gain legitimacy. In the last 30 years, LeT, claiming to be fighting on behalf of J&K, has mostly drawn recruits from the eastern and central areas of the Punjab. The Mumbai attacks terrorist Ajmal Kasab was from Okara district, located near the Indian border.

Seasonal water scarcity
Another issue used by militants to gain support is that of seasonal water scarcity. The name ‘Punjab’ was derived from the Persian words panj (five) and ab (waters). The five rivers referred to here — Chenab, Jhelum, Beas, Sutlej and Ravi — flow through the Punjab’s territory. The Indus Waters Treaty stipulated that the waters of the three eastern rivers — Ravi, Beas and Sutlej — would be made available for unrestricted use by India. The waters of the three western rivers — Indus, Jhelum and Chenab — were allowed to flow for unrestricted use by Pakistan, except for some limited use by India such as for agricultural purposes and generation of hydroelectric power from run-of-the-river plants. Chenab and Jhelum, which enter Pakistan through J&K, are major sources of irrigation for Pakistan’s eastern agricultural fields.

Whenever there is seasonal water scarcity, terrorist outfits such as LeT point fingers at India. The ‘jihad in Kashmir’ is presented as a necessity by organisations like the Jamaat-ud-Dawa (JuD) to save Punjab’s agriculture. In the past, Hafiz Saeed, LeT founder and alleged mastermind of the Mumbai attacks, has repeatedly tried rallying support of locals alleging that ‘India is in the process of constructing several dams on Chenab, Jhelum and Indus rivers in a bid to completely stop the flow of water towards Pakistan’.

Northern Punjab is ethnically closer to Pakistan-occupied Kashmir and, prior to 1947, provided the main vehicular route to the Kashmir Valley from British India. Pakistan’s Railway Minister Sheikh Rashid, who J&K Liberation Front chief Yasin Malik once said provided property and assistance to an early batch of Kashmiri militants, is from this region.

The third part of Pakistani Punjab, southern Punjab, has relatively less in common with the rest of the province. Outfits like JeM, which took responsibility for Pulwama attacks, originated in this part of the country. In 2003, nearly a year after the group was banned, it also made an unsuccessful bid to assassinate the then-President Pervez Musharraf, for which it recruited a resident of Rawalakot, PoK.

Political marginalisation
A 2016 International Crisis Group paper, written exclusively on violent extremism in southern Punjab, had stated that among the reasons for support for militancy in the “rural and relatively poorly developed” part of the province were “political marginalisation, weak governance, economic neglect and glaring income inequity”.

Another element, according to the paper, was the role played by economically poor Muslim migrants from India in the spread of a radical version of the Deobandi School of Islam. This, the paper said, was more pronounced in places like Jhang, “the birthplace of organised sectarian militancy in Pakistan”. The poverty of the Muslim migrants from India was “in marked contrast to the [prosperity of] large landowners in rural areas, who were mostly Shias and Barelvis and formed the political elite.” This could explain the growth of outfits like JeM, founded by Masood Azhar, born in south Punjab’s Bahawalpur, as Jaish claims adherence to the Deobandi School. Deobandi scholars in India have frequently criticised Pakistan-based groups for misappropriation of this school of Islam.

There has been a long-standing demand for the creation of separate province of ‘south Punjab’ within the Saraiki belt. However, it remains to be seen whether greater decentralisation can be an antidote to extremism rooted in a supposed Deobandi interpretation of Islam.

Hence, apart from dealing with the challenge posed by the deep state’s support for these outfits, we also need knowledge of the sociological and historical nuances pertaining to the Punjab province. Such an understanding is necessary to develop a holistic response to counter the extremist threat.

(Courtesy: The Hindu,Nov 27)
Luv Puri is the author of Across the Line of Control: Inside Pakistan administered Jammu and Kashmir