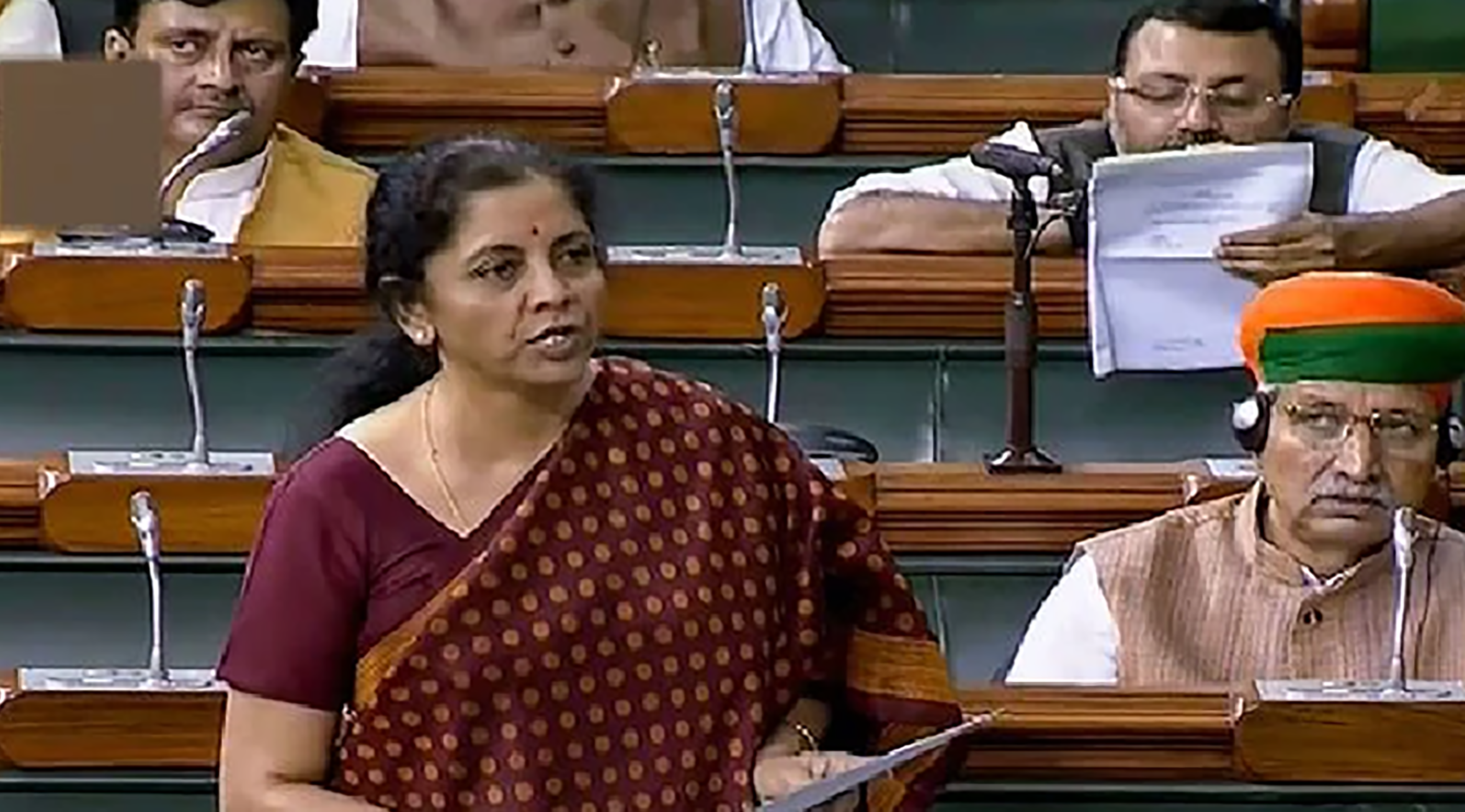 While tabling grants in both Houses of Parliament, the Finance Minister said the total spend and cash outgo will be to the tune of Rs 19,000 crore (190 billion).

Finance Minister Nirmala Sitharaman has presented Rs 8820 crore (88.2 billion) worth first batch of Supplementary Demands for Grants for newly created Union Territories of Jammu and Kashmir and Ladakh in the remaining months of the current financial year of 2019-20, which will conclude on March 31, 2020.

She tabled the grants in the Lower House of the Parliament first followed by the Upper House.

As the Union Territory of Ladakh has not been granted Legislature, its financial requirements will be met by the Central Government.

Jammu and Kashmir will get the grants once they are approved by both Houses of the Parliament.

According to officials, the grants will help Jammu and Kashmir and Ladakh, which had become the two new Union Territories on October 31, in meeting government expenses as well as boosting development works.

While tabling grants in both Houses of Parliament, the Finance Minister said the total spend and cash outgo will be to the tune of Rs 19,000 crore (190 billion).

She said the government was seeking Rs 8,820.62 crore (88.2062 billion) as grants for Union Territories Jammu & Kashmir and Ladakh in lieu of the erstwhile State’s share of the 14th Finance Commission Award.

The Central Government had on November 1, i.e. a day after the Union Territory of Jammu and Kashmir came into existence given the nod to the budget of J&K for remaining five months ofthe current financial year i.e. from November 1, 2019 to March 31, 2020 as J&K as a State had ceased to exist and was bifurcated into two Union Territories of J&K and Ladakh.

The Presidential Order No. S.O. 3938 (E) dated November 1, 2019, had authorised the Union Territory Government of Jammu and Kashmir to utilise the funds for the next five months pending approval of the Parliament

The State administration has also completed all formalities for next financial year’s budget (2020-21) which was expected to be around Rs 1.21 lakh crore (1,200 billion) and will also require approval of the Parliament as the Union Territory of Jammu and Kashmir was under the Central rule in the absence of the Legislative Assembly.