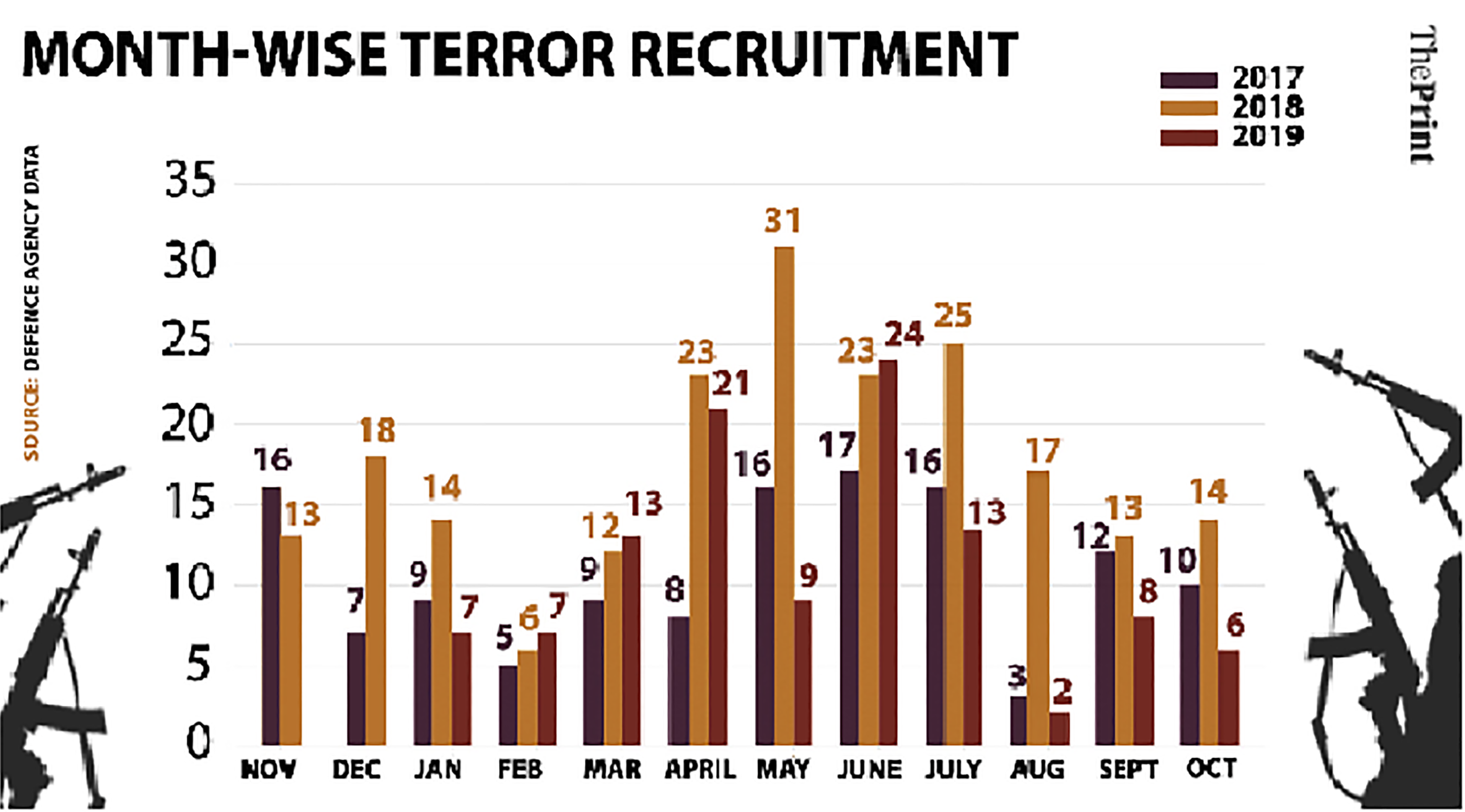 The number of recruitment of locals into terrorist ranks this year has been far less as compared to 2017 and last year respectively.

The recruitment of locals into terrorist ranks in Jammu and Kashmir has drastically reduced this year as compared to the past two years. Following the abrogation of Article 370 on August 5, there have only been about 14 terrorist recruitments.

The number of recruitment of locals into terrorist ranks so far this year is 110, officials said. This is lower as compared to the 128 and 214 terrorist recruitments in 2017 and last year.

The suspension of internet in J&K has prevented the widespread use of social media, which has resulted in a dip in terror recruitment. Officials said that social media plays an important role in recruiting locals. Explaining how this happens, they said that groups working for terrorist organisations identify people and give them small tasks such as putting up propaganda posters. If the tasks have been successfully carried out, then these groups inform their Pakistan based handlers about it.

Officials also said that it has been noticed that lesser number of people are present at the funerals of slain terrorists in J&K due to less use of social media. Such funerals serve as motivators for locals to join terrorist ranks. Meanwhile, officials said that 158 terrorists have been killed by security forces this year. About 213 and 254 terrorists were killed in 2017 and last year. The terrorist initiated incidents, such as throwing grenades, are also down to 172 as compared to 318 in 2017.

But, the number of ceasefire violations along the Line of Control (LoC) this year has seen a spike. There have been 2,835 violations this year, as compared to 860 in 2017 and 1,629 last year. There have been several instances of calibre escalation, meaning increasing the calibre of weapons from small arms to artillery, by the Pakistan Army along the LoC. This has been done while not only targeting Indian Army posts, but civilians as well.