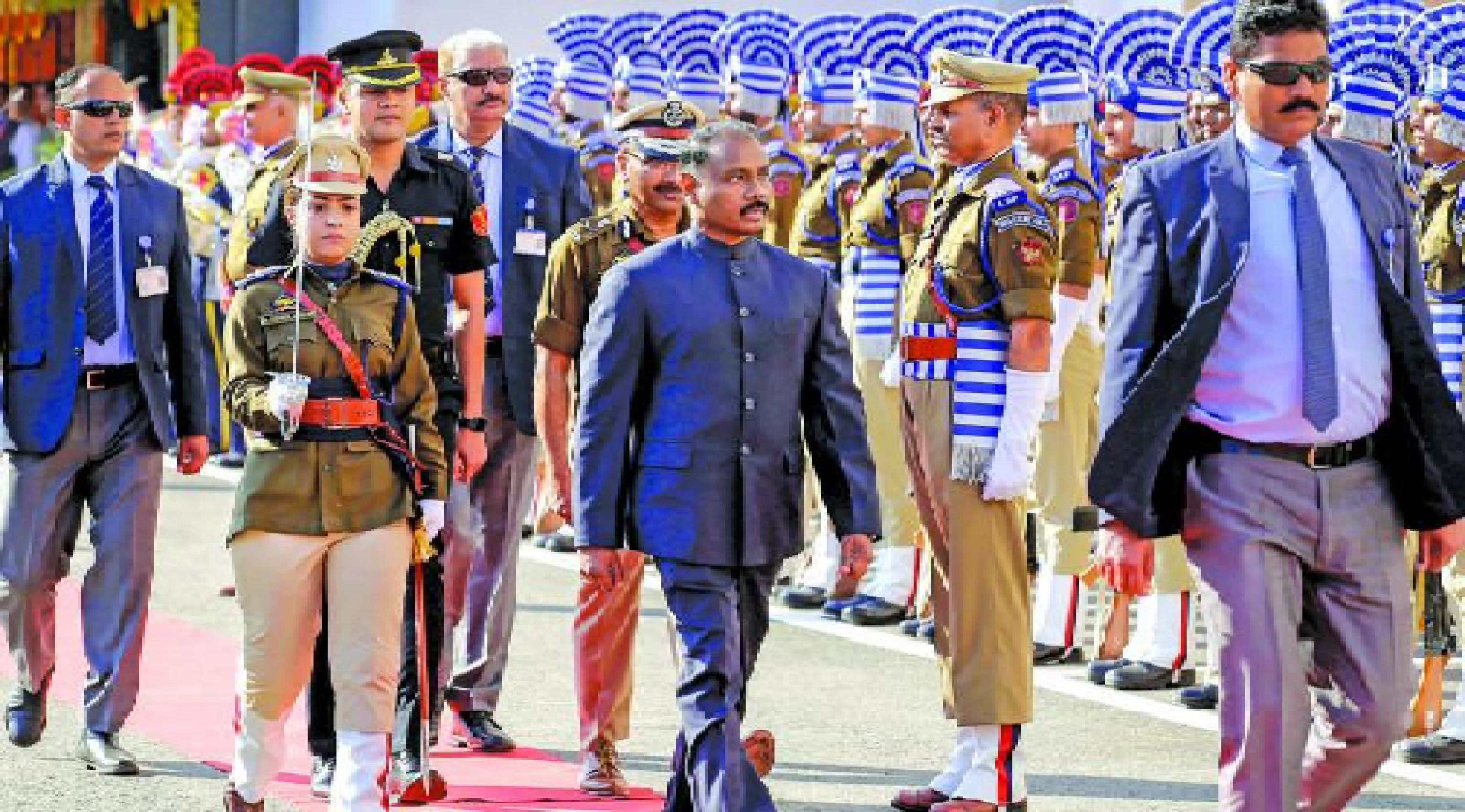 At his first public appearance in restive Valley after assuming office on October 31, Jammu and Kashmir’s lieutenant-governor Girish Chandra Murmu on Friday announced a slew of measures to empower village councils in the Union Territory (UT).

The gathering held in Sonpah village of the Valley’s central district of Budgam as part of the government’s week-long public outreach programme — “Back to Village II (B2V2)” — was attended by several hundred people including government officials, a report said.

A tight security umbrella had been put up in Sonpah and its neighbourhood. The police sources said that as many as thirteen companies (approximately 1,400 personnel) of the J&K police and other security forces were deployed in the area and en-route hours before Mr. Murmu’s visit. An official handout said that it was a “huge gathering” held during ‘B2V2’, the flagship programme aimed at providing governance at the doorsteps of the rural populace and enlisting community participation across the UT.

While speaking on the occasion, the lieutenant-governor said that the government was working on implementation of 73rd and 74th amendments of Panchayat Raj Act to empower Panchayat members so that they could work more effectively across the UT. Mr Murmu said the B2V2 was going smoothly across J&K. “The ongoing programme has generated massive response from the public. However, unfortunately some people are trying to sabotage it in some areas”, he said.

On Tuesday, a village-head and a government official were killed and another person was injured as unknown assailants exploded a bomb in southern Anantnag district to target the B2V2 campaign.

Condemning the Hakura incident, the Lt. Governor said that such incidents are aimed at disrupting the people-centric welfare programmes and schemes. Mr. Murmu said that the ‘B2V2’ programme will be taken to its logical end.

He while emphasizing on the speedy completion of development projects said that a thorough review of ring road project shall be taken for prompt redressal of all issues regarding the project and its early start. He said that a review of Prime Minister’s package shall also be taken for its equitable implementation across the J&K. “Special focus is being given on the completion of 2500 languishing projects out of which half of the projects have been completed”, he said.

He highlighted the importance of sensitizing people about various government run welfare schemes and informed that the Centre has launched many people centric schemes for the development and prosperity of the common masses including an ambitious scheme like ‘Har Ghar Jal’, which would ensure supply of tapped water to every household of the country.

Meanwhile, Lt. Governor has announced a special ex-gratia of Rs. 3 million in favour of the Next of Kins (NoKs) of Sheikh Zahoor Ahmed, Junior Agriculture Extension Officer, who was killed in Hakura incident. He said, “These inhuman and dastardly acts are not going to deter the government in its resolve to reach out to the people and usher a new era of participatory development,” he said.