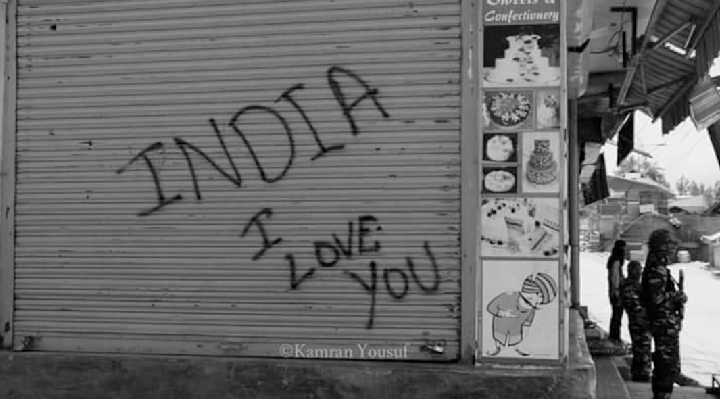 Pakistan’s ISI has worked single-mindedly to entrench a deep terror network in the Valley. It has also carefully nurtured a large section of Kashmir’s media to toe its line, in order to effectively project an anti-India narrative to the world

Kashmir is the classic example of how narratives are fabricated to suit agendas, how a biased media can present situations in a twisted manner.

The region has been in the crosshairs of Pakistan-based terror groups for four long decades now, perhaps much before that. Their impact on Kashmir and Kashmiris cannot be wished away.

Pakistan’s ISI has worked single-mindedly to entrench a deep terror network in the Valley. It has also carefully nurtured a large section of Kashmir’s media to toe its line, in order to effectively project an anti-India narrative to the world. And unfortunately, its tentacles are not limited to Kashmir media only, but spread much beyond. It is apparent in the warped presentation of ground realities by some media houses.

Mind game
Terrorism is more a mind game than anything else, and it works on a two-pronged strategy. Brainwashing local youth into jihadist ideology is one part of it. The most vital part is the fear factor.

The life source of terrorists’ operations is the ‘fear’ they instill among people – fear of the gun, fear of violence, fear of the unknown.

“Terrorism and mass shootings activate this fear of the unknown, that carnage could happen anywhere at any time, in places that we have always assumed were safe,” writes a psychotherapist/author in an article titled ‘Don’t Let Terrorism Hijack Your Brain’

for the Anxiety and Depression Association of America. The situation, she explains, gets us to a point where “We are not thinking with our more rational evolved minds. We get hijacked by negative emotion.”

Kashmir’s generations have suffered this for decades. Kashmiris have learnt to fear terrorists’ gun more than anything else. We have seen how they would rather confront armed security forces, than face the ire of terrorists. Because no one questions a terrorist on why and where he uses his guns and ammunition. A terrorists’ arsenal is meant to inflict maximum damage to life and limb, whereas a security man is supposed to protect people and hence has to explain every shot fired. A terrorist can strike anytime, anywhere – and that’s the scariest part!

Kashmir’s awaam (locals) has lived in the grip of this fear psychosis for too long, and they are fed up. They yearn to live normal lives. It has increasingly become apparent that there is no sympathy whatsoever for the terrorist/jihadist ideology among majority Kashmiris. Even the indoctrination of youth is just miniscule percentage now.

Media nexus
ISI-backed terror groups have many-a-time ensured that any moderate voice originating from the Valley is silenced and the language of the radical prevails. A case in point is the assassination of journalist Shujaat Bukhari by Lashkar-e-Toiba terrorists.

Till recently, journalists from outside Kashmir were unable to settle down in the Valley for full-time reporting assignments. There have been many cases where journos were threatened and forced to exit the Valley, leaving the field free for ‘established Kashmiri journalists’ who ‘knew’ what to report and what not.

After August 5, the same section of the media is going the extra mile to convince the world that Kashmiris are keeping up a “slow burning protest” and “civil disobedience” to mark their “anger” at Delhi’s decisions that deprived Kashmir of its so-called ‘special status’.

Their projection is that Kashmiri people are so angry with the government that all shopkeepers are keeping shutters down since then as a mark of protest.

This is nothing but an attempt to oversimplify a complex situation to suit a separatist/terrorist narrative. The ground reality is very different. If all shops are closed since so many months, how are people surviving? One needs food, essential commodities and services to live a normal life. How can a simple shopkeeper survive without income for so long?

Kashmiris have lived through years of forced shutdowns on the ‘boycott calls’ of separatists. They have created their own systems of survival. Today’s ground reality is that shops are properly stocked up, and people are buying things they need on a regular basis. Shops are open during early morning and late evening hours. Even during the daytime, the shutters may appear closed to an outsider, but a local knows that the shopkeeper is readily available to sneak in and fetch whatever a customer wants.

This is certainly not an ideal situation, and people of Kashmir yearn to live normally – just as the rest of India does. Shopkeepers would love to open their shops during normal working hours. But they are compelled to keep shutters down for fear of the gun of the terrorist. It is a predicament they have to suffer but cannot share with the outside world for fear of reprisal.

Terror tactics
Since August 5, when Article 370 and Article 35A became history, the terror network is experiencing an existential crisis. With the security grid tightened for longer than ever before, it has become imperative for them to ensure that the fear factor does not wane.

In recent weeks, terrorists have even targeted civilians, hurling grenades at crowded places to impose shutdown in the Valley. A baby girl was among four members of a family injured when terrorists attacked a house in north Kashmir’s Baramulla district on September 6. On November 11, one civilian was killed and over 40 injured when terrorists threw a grenade in a crowded market near city center Lal Chowk in Srinagar.

There have been many incidents of traders, who tried to open their shops and businesses, being threatened and shot dead. Prior to that, non-local labourers, truck drivers and fruit traders were targeted by terrorists, especially in south Kashmir.

Before the landmark August 5 decision, Kashmir had witnessed selected targeting of ‘informers’ because locals were actively supporting anti-terror operations by way of providing vital information about terrorists’ movement. Local support was always key to the hugely successful Operation All Out of the Indian Army.

Last year, on November 17, a young baker was bundled into a car along with two other boys by masked men in broad daylight. The baker Huzaif Ashraf was later butchered with a knife. The killing was filmed and the video circulated on social media. Later an audio clip of Hizb-ul Mujahideen’s Kashmir chief Reyaz Naikoo was circulated wherein Naikoo claimed that Huzaif was an informer for security agencies.

After the incident, a senior police officer was quoted as saying: “The game is changing. The terrorists used to bank upon three tactics for survival: protests, recruitment and intelligence. Now, all three things are going against them: the intelligence is there, but they are getting killed. Protests have diminished. These two combined have added to the lack of recruitment. This (Huzaif’s killing) is definite frustration.”

TARGET: Migrant labourers
Since August 5, terror groups have targeted migrant labourers, a new tactic aimed at driving away the thousands of non-Kashmiris who work in its orchards, paddy fields and construction sites. The strategy behind this is to strike at the root of the ‘national integration’ concept.

At least 11 people from outside Kashmir have been killed in recent weeks. Five migrants, from West Bengal, were shot dead in south Kashmir’s Kulgam district on October 29. Thousands of migrant labourers who come to the valley to work each year have fled since then.

TARGET: Shopkeepers who dare open shops
On November 20, four shops were set alight late evening in Bohri Kadal, in downtown Srinagar. Local residents believe they were targeted because they had been doing business despite the shutdown.

On November 4, a grenade blast at Ghoni Khan, where the shops had opened for a while, killed a vendor from Uttar Pradesh and injured around 40 others. In October, two shops were burned in downtown Srinagar.

On November 13, a 32-year-old shopkeeper, Mehraj ud din Zargar, was shot dead outside his shop in Tral, south Kashmir. The police attributed the murder to the partial resumption of business activities in the Valley. After the incident, the media quoted south Kashmir deputy inspector-general of police Atul Goyal as saying that the killing was apparently carried out to “terrorise” the business community. Zargar was shot five times.

TARGET: Government employees promoting governance initiatives
On November 26, terrorists targeted a gathering of officials and panchayat members who had assembled at Hakura Badasgam village in south Kashmir’s Anantnag district for a “Back-to-Village meeting”

The second phase of Back-to-Village (B2V2) programme is part of an ambitious governance initiative. It is in progress in 4,300 panchayats across J&K with around 5,000 officers deputed to assess the institutionalisation of Panchayati Raj Institutions at the grassroots level, besides impact of various flagship programmes and welfare schemes which will help come up with specific interventions to make the village life better in terms of improved amenities and facilities.

Fear is the key
In the incident where five migrant workers were killed in Kulgam, the terrorists had barged into their rented accommodation and marched them downstairs. The gunmen then made the migrants walk a few hundred meters across the road toward a bakery shop, and fired multiple shots.

Why did the terrorists take them out into the open when they could have easily shot them dead in the room itself? The purpose was clear. Killing them in their room wouldn’t have made the required impact, wouldn’t have created enough terror.

In all such cases, the victims are killed/abducted-then-killed in broad daylight or killed out in the open so that the horror of the act impacts the local psyche.

Violent incidents effectively create, spread and maintain the ‘necessary’ fear psychosis.
1. After every incident, the police (aided by the Army when necessary) are mandated to investigate and nab the culprits, for which cordon and search operations
2. have to be conducted. This unavoidable procedure causes inconvenience to the locals, who turn resentful towards security forces.
3. The terror modules’ over-ground workers (OGWs) then exploit this resentment to radicalise the local youth, and turn them into stone-pelters or terrorists.

Terrorists depend on creating fear psychosis to stay relevant in the Valley. And it’s this fear psychosis that is preventing Kashmir from being completely normal even today, four months after the Constitution of India was fully extended to the state (now Union Territory).

The peculiarities of Kashmir’s daily life are nothing but a manifestation of the terror factor, which is ever-present in the subconscious mind.

It is unfortunate that a section of the media misuses these peculiarities to present a contorted version of ground reality.

The administration’s biggest challenge is to neutralise this terror factor and create an atmosphere congenial to fear-free lifestyle.