Govt employees euphoric over hike in salaries and allowances 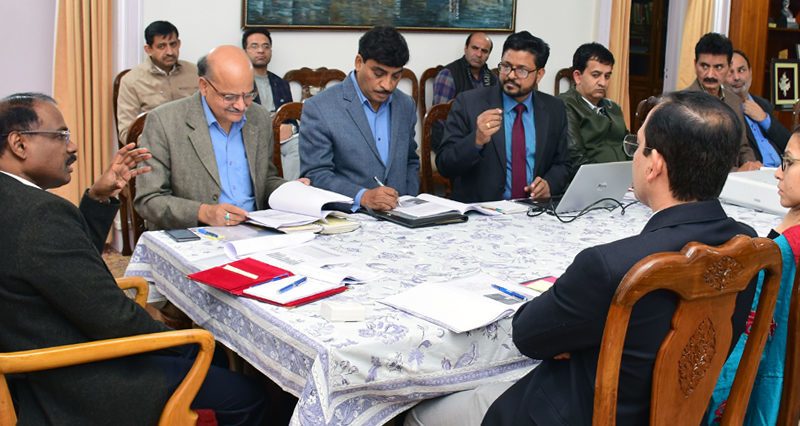 Lieutenant Governor (L-G) G.C. Murmu in his recent order has awarded benefits of central pay grade to government employees, in addition to various allowances and incentives

While a section of media both domestically and globally has been in “habitual negative” portrayal of Indian actions in the erstwhile state of Jammu and Kashmir, the government employees of the newly formed Union Territory after the abrogation of Article 370, are now cheering the extension of various economic benefits at par with centre government employees.

Sadaqat Khan, 42, who works as a clerk, said, “It is the first step towards the fulfillment of various promises made by New Delhi to bring Jammu and Kashmir at par with other Indian states. This would definitely bridge the distrust among the people and positive vibes would percolate to the ground.”

Lieutenant Governor (L-G) G.C. Murmu in his recent order has not only awarded benefits of central pay grade to government employees, which includes an education allowance and hostel subsidy for their children but also an incentive for the employees to pursue higher education in a field that is relevant to their jobs.

Khan has two children and will get Rs 2,250 per month per child as education allowance under the new order.

The orders have been executed at a time when the newly created Union Territory is undergoing an administrative transition and many erstwhile state government employees were skeptical about the benefits promised to them by New Delhi.

The fresh hike in salaries would benefit close to 450,000 government employees of Union Territory and put a burden of Rs 4,800 crore (48 billion) annually on the exchequer. After the implementation of 7th Pay Commission benefits to the J&K and Ladakh UT employees, their monthly salary is expected to skyrocket from next month. Now, the minimum basic salary of the J&K and Ladakh UT employees will rise to Rs 18,000 from existing Rs 7,000 per month.

The employees will get DA increment from 1st January and 1st July every year as per the central government employees and they will get annual increments as in sync with the 7th CPC norms. In addition, the employees would get Rs 250,000 as an advance for house construction, gratuity will grow 100 times from Rs 1 million to Rs 2 million and their Ex-gratia will go up from Rs 1-2 million bracket to Rs 2.5-4.5 million.

Since the announcement of higher perks, every government office has become a hub of discussion of benefits of new allowances. Zahira Hasan, exhilarated with hike stated, “I am completely blown away by the incentives. For common people like us, financial security, health and education of children are the priority. We have been victims of exploitation by the politicians, who rightly have been shown their places.”

Kamla Rani, a health worker, wants to pursue a professional nursing course, which she could not pursue for need of funds.

Kamla now could fulfill her dream after the government has sanctioned an incentive for employees interested in acquiring higher education in the fields that are directly relevant to their jobs.

Employees of the newly announced Union Territory of Jammu and Kashmir can now also avail of leave travel concession (LTC) facility. In what is seen as a sign of normalcy making its way back to the border region, the local administration has issued guidelines for its employees to avail leave travel concession (LTC). Under LTC framework, government employees and their eligible family members are eligible to claim reimbursement for personal travels at predefined periodic intervals.

Ratan Singh Gill, a political analyst stated, “These economic and welfare benefits would indeed make a sea change in mindset of the people from Kashmir region particularly, who have been fed upon anti-India sentiments by all those who had vested political and economic interests. There has been a predominance of Kashmir region over Jammu in government jobs, so, slowly and steadily, when genuine and uncorrupt endeavour of the new government will percolate to ground, hearts will bind.”

The Jammu and Kashmir government began functioning from Jammu this month after ‘Darbar Move’, the name given to the bi-annual shift of the government offices from one capital city to another. From May to October, governmental offices are housed at summer capital, Srinagar, and the other six months in its winter capital, Jammu. This is the first ‘Darbar Move’ after Jammu and Kashmir became a Union Territory on October 31. Jammu and Kashmir Dogra ruler Maharaja Ranbir Singh started this practice in the year 1872 to escape the harsh winters of the Kashmir Valley and till date, the practice continues as thousands of families from Kashmir also move to Jammu to escape the freeze of the Kashmir. The practice of Darbar Move approximately costs Rs 1 billion twice a year. Demands have been raised to put an end to this unnecessary practice but with no success.

Wahida Begum, widow works as class IV employee and has a 11-year-old autistic son. “With tears of joy, she said, “a special allowance for my son under special child category would solve many of my problems, I can provide him better care. The new government is really working for the welfare of common people like us who were earlier made a scapegoat for personal political benefits of erstwhile rulers of the state.”

The reimbursement of CEA for Divyaang (special) children of government employees shall be payable at double the normal rates of CEA, i.e. Rs 4,500 per month (fixed).

Subsequently, according to the relevant order, “Women with disabilities will be paid Rs 3,000 per month as a special allowance for child care from the time of the child’s birth until he/she attains the age of two years.

A sum of Rs 2,250 per month per child has been fixed as the Children Education Allowance (CEA). An additional Rs 6,760 per month has been fixed as the ceiling for hostel subsidy, which can be claimed along with the CEA. The government employees can avail the CEA until the child attains 20 years of age or clears Class XII — whichever is earlier. The upper age limit for a special child is 22 years. Moreover, if the employee dies while in service, the government will continue to pay the allowance to his/her children. The allowance will also be given if the child is studying through correspondence or distance learning.

In another major employee-friendly suggestion, the Law Commission headed by Justice (Retd) M K Hanjura has recommended amendment in SRO-202 issued by the General Administration Department whereby probation of five years has been fixed for declaring the employees as permanent. It has been recommended that five years shall be replaced with two years which will not only be in tune and in line with the Office Memorandum of Department of Personnel and Training of Government of India but will also be in consonance with the evolved concept of justice and equality.

Putting the ruling elite of the erstwhile state of Jammu and Kashmir in the dock over this SRO, the Law Commission said, “they kept the sword of Damocles hanging high on the heads of this set of employees,” adding “while the taxable income of this ruling class all by itself had to be borne by the State exchequer in addition to a host of other amenities and facilities provided to them at the cost of the taxpayers money, these helpless employees who would hardly be making their both ends meet had the perks provided to them have been held in a leash.”

“The ruling elite of the erstwhile state of Jammu and Kashmir lived a life which even Vikramaditiyas and the Mughals would not have dreamed of. They made room for keeping palatial government houses at their disposal with modern facilities till such time that they live and to the contrary they kept the sword of Damocles hanging high on the heads of this set of employees,” the Commission further added.

PDP-BJP government headed by the then chief minister late Mufti Mohammad Sayeed in 2015 had rolled out a recruitment policy wherein it was decided that the new employees will have to complete five year probation period before being regularised.

Several commissions have been dissolved after the state’s bifurcation. However, the Law Commission has not been touched by the new dispensation.